Influencer, AdeHerself in an attempt to explain why she has not been making skits, broke down in tears while recounting her ordeal in the hands of EFCC. 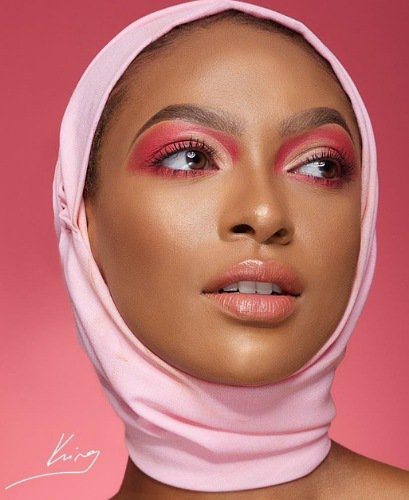 AdeHerself born Ademola Adewale, disclosed that her arrest and detention were hell on earth kind of experiences for her as she has been trying so hard not to go into depression.

Ade also revealed that her family had to even hire the services of a foreign psychologist to counsel her.

“44 days in cell was no joke,” she said, adding that she wouldn’t wish such on her enemy.

According to her, the trauma that came with the whole EFCC saga is the reason she has not been able to make any more skits following her return from the Eagle’s Den.

She pleaded with her fans to exercise more patience with her as she tries to heal.

She also appreciated everyone who has been checking up on her, including celebrities who reached out to her.

Thanks to my amazing parents and my manager @teampleyar My counselor @mendedmindsllc really tried 💪🏼 I know I’ll come out strong.

I Didn’t Work On My Bum, I Only Removed Fat From My Stomach – Nengi (Video)

Nollywood actress, Doris Ogala, has called out fellow actress, Uche Elendu for allegedly lying that her store was looted. Recall,...

BBNaija Star, Khafi Kareem says Buhari’s heart must be hardened like that of Pharaohs’ before Nigeria can earn her democratic...

Actress and multi brand ambassador, Dakore Egbuson-Akande turned 42 on the 14th of October and she had a pleasant birthday party...