The Alaafin of Oyo, Lamidi Olayiwola Adeyemi has married his 23rd wife identified as Chioma. According to reports, the respected monarch, Oba Lamidi Adeyemi got married to the new Queen last year. Though she is yet to embark on a 9-month course, she will be the first young eastern Queen married to Oba Lamidi Adeyemi.

The king recently stepped out with his new wife, Chioma in his historical Palace in Oyo State, as Real Estate Giant, Chief Tomori Williams became the Aare Onikoyi of Yorubaland.

The new bride, Chioma stood firmly beside kabiyesi as they made their way into the venue of the party and many didn’t know who she was as her face wasn’t one of the regular young Oloris at the palace. 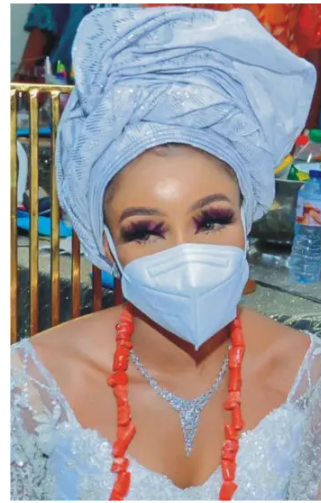 #BBNaija: Here’s What Ex-BBN Star, Venita Has To Say About Erica’s Disqualification