Michael Fisayo Olagunju better known as  MC Fish, who is the husband of Nollywood actress Anita Joseph, has responded to Nigerians who are claiming that his wife has ”used his head,” meaning he lives according to her dictates.

MC Fish in a response via a post she shared on his Instagram account told his wife and actress to continue to please use his head as he is moving forward in his life.

Truth is if they are using ur head and ur moving forward in life my brother set ur head well make dem use am well .

What is the point of having a non used head if it is not making money or moving forward in life .

@anitajoseph8 my wife , my love in whom I’m well pleased use my head dey go abeg.” 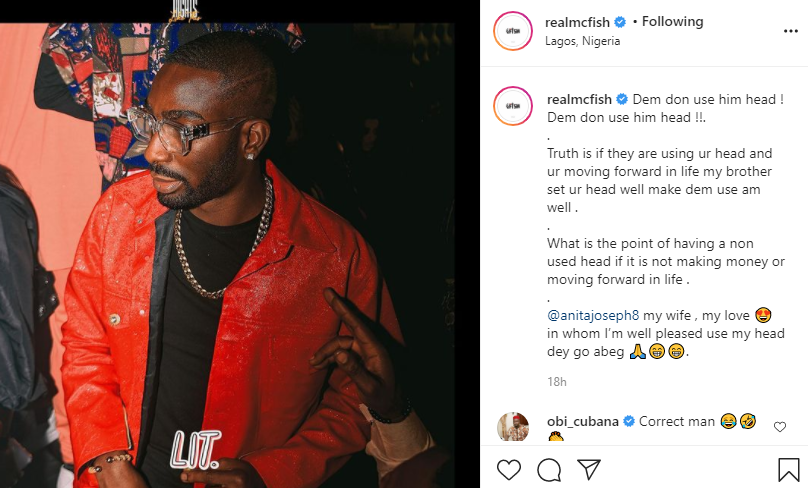 Kemi Olunloyo Says A Word Of Prayer For Davido And Chioma