This season, the Blaugranes have won the Uefa Women’s Champions League, the Primera Division (for a record sixth time), and now the Copa de la Reina. 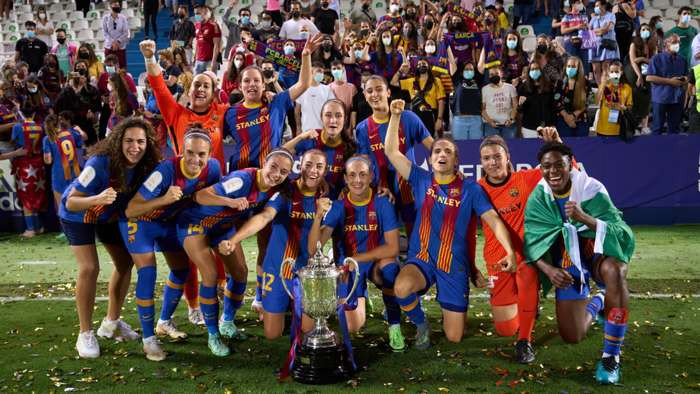 On Sunday, May 30, Lluis Cortes’ women playing at the Estadio Municipal de Butarque rampaged their opponent’s defense scoring as early as the fifth minute through Patricia Guijarro gave Barcelona a fifth-minute lead after heading.

Cortes’ doubled their lead in the 20th minute as Alexia Putellas flicked the ball past onrushing Lopez. 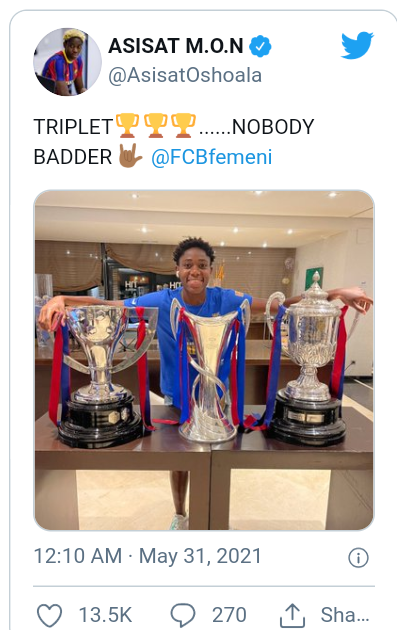 In the second half, Levante scored one goal a minute to the hour mark as Alba Redondo rolled the ball inside the net after a mix-up between goalkeeper Catalina Lluch and one of her defenders.

In the 67th minute, Argentine midfielder Estefania Banini drilled home a cool strike to make the scoreline 3-2. But six minutes later, Putellas completed her brace to put the game beyond Levante’s reach.

Reigning African Women’s Player of the Year Oshoala was an unused substitute in the encounter.

Gabrielle Union To Release Her Second Memoir, ‘You Got Anything Stronger?’