#BBNaija: Nigerians React As Whitemoney Flouts Pere’s Order By Cooking For Himself & Other Housemates

Big Brother Naija season 6 housemate, Whitemoney, in the early hours of today disregarded the Head of House, Pere’s order to relieve him of kitchen duties.

Recall that last night, Pere gathered the housemates in the lounge where he announced that WhiteMoney will no longer be the one to cook. According to him, he needs to stop the kitchen monopoly Whitemoney has enjoyed since they came into the house three weeks ago.

However, at about 2 am today August 12, Whitemoney went into the kitchen to prepare a meal for himself and other housemates who were awake joined him to eat the meal.

Twitter user @Becky wrote, “When grace is on you, HMS stay up till up till 2 am to enjoy your food, whitemomey still cooked”.

Another Twitter user wrote, “It’s the fact that housemates are eating White Money’s food by disregarding HOH directives. They are all disrespecting the emblem of office of the HOH”. 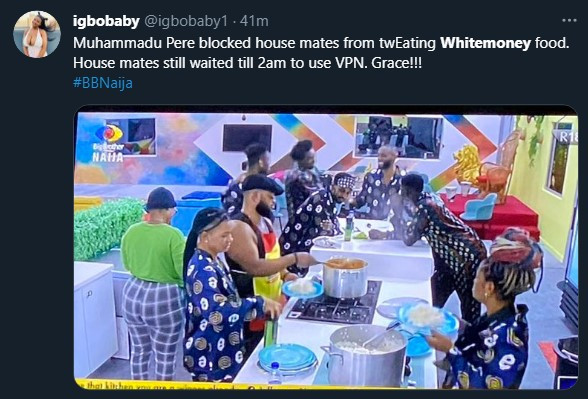 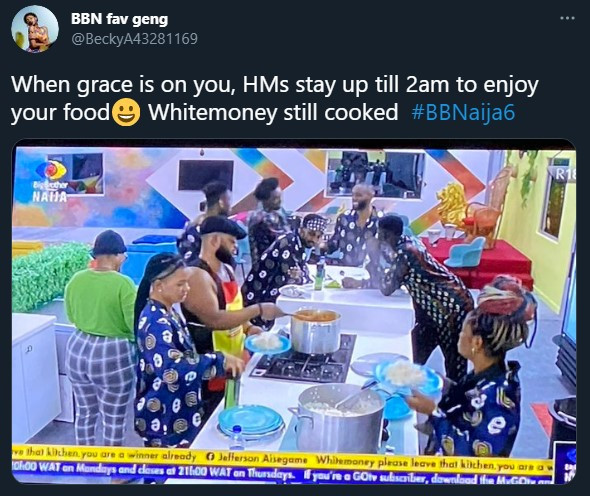 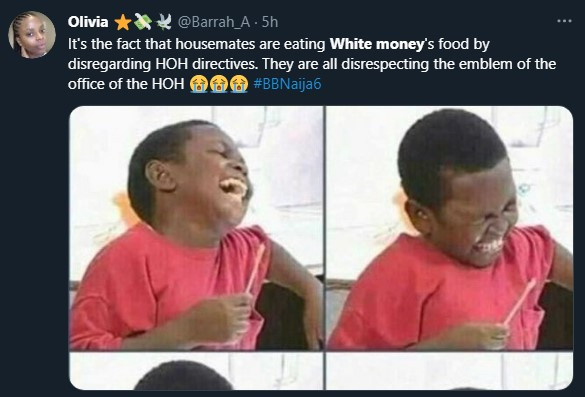 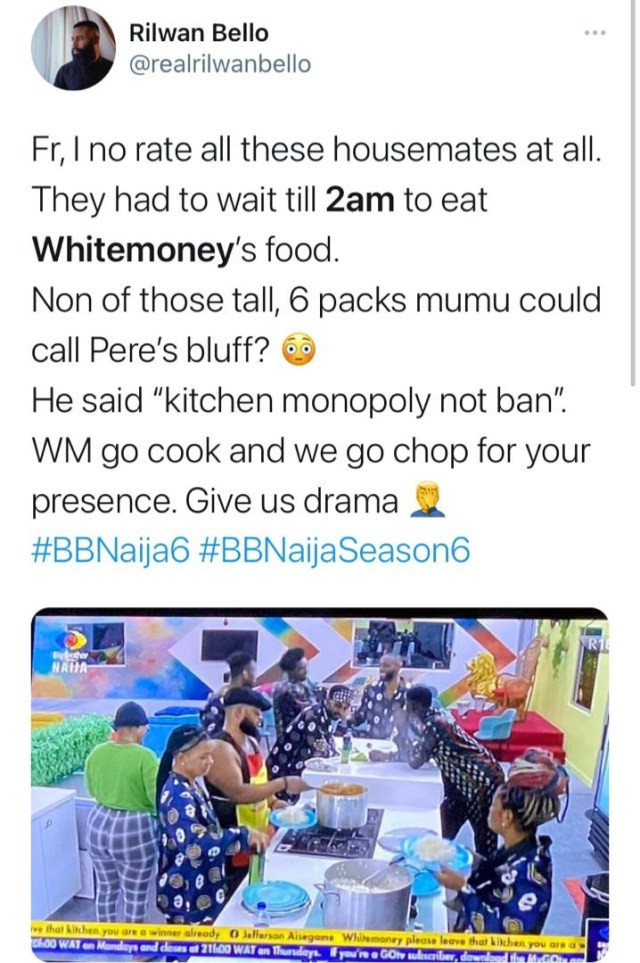 BBNaija Ex-Housemate, Gifty Says The Show Is Satanic And Should Be Stopped

Actor, Frederick Leonard Finally Reveals Why He Is Not Married At 44

D’banj Celebrates Wife As They Welcome A Baby Girl!