BBNaija: Kayvee Withdrawn From BBNaija Due To Health Issues

BBNaija ”Shine Ya Eye” housemate, KayVee, has withdrawn from the show on medical grounds. This comes after his fellow housemates and Nigerians called on the organizers of the reality TV show to take KayVee for psychological evaluation following some ”weird behavior” lately.

Head of House, Pere, announced his withdrawal from the show this afternoon.

”As you may have noticed, your fellow housemate has been unwell for a few hours now. During this period, he has consulted with the medical doctor and he has been advised to withdraw from the show to take care of his health.

Based on this advice, KayVee will no longer be part of the show for this season” he said

Kayvee, one of the housemates in the Big Brother Naija ‘Shine Ya Eye’ Season, has been exited from the House on medical grounds.

Prior to this, he had a consultation with Big Brother and the on-site medical team, where it was decided that he had to leave the house for a more thorough medical investigation.

MultiChoice and the show producers, are committed to ensuring the safety and wellbeing of all housemates in the Big Brother house at all times. 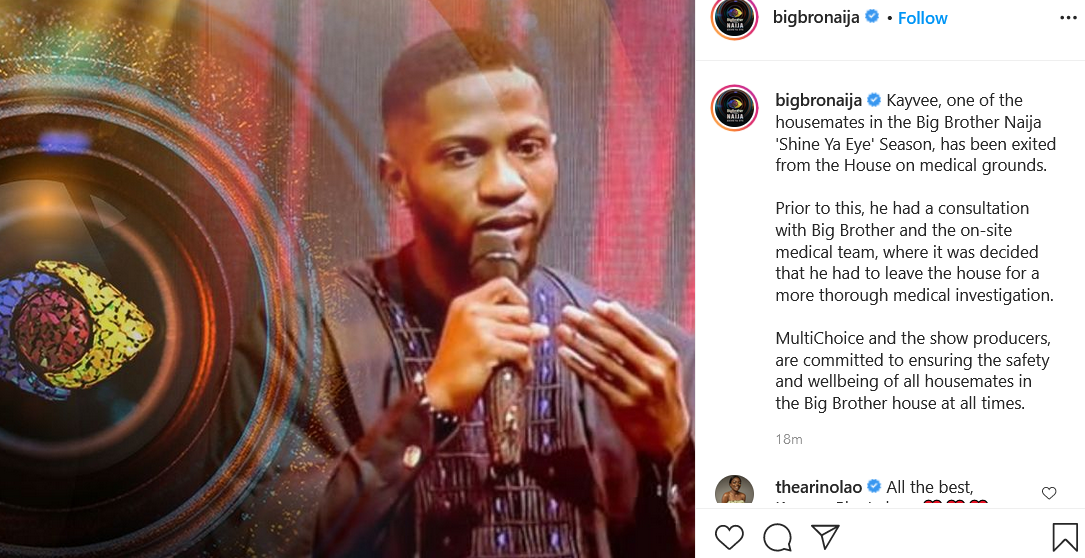 KayVee, a photographer, joined the show barely a week ago.

Davido Empties A Shoe Store For His Crew (Video)

#BBNaija: “All I Ask For Is Support” – Erica Says As She Pleads With Fans (Video)