Charley Boy, aka Area Fada, has written an open letter to apologize to his daughter for the way he treated her after she came out as gay.

Charly Boy had shared a post last week, saying he’s proud to have a lesbian daughter and he supports her completely. But his daughter, Dewy Oputa hit back, stating that her father doesn’t pick her calls and she was rendered homeless after she publicized her sexuality. She accused her dad of using her to chase clout as father of the year online, while caring nothing about her in real life (read here).

Charly Boy has now responded. He said he was amused by his daughter’s public condemnation because it’s the same way he and his father – former Supreme Court justice Chukwudifu Oputa – butted heads before he was able to be independent.

He asked Dewy to forgive him and promised to allow her tell her story and to respect her perspectives.

I know the last few days may have been tough for you flowing from my Friday post
“For Parents Only” on my Instagram.

I apologize if my post rubbed you the wrong way, for this I am deeply sorry, my bad.
Forgive me.

But Honestly,
I was talking to parents trying to get them to understand that they-can only give good advice or put their children on the right paths, but the final forming of a person’s character lies in their own hands.

I came into parenting the way most of us did — knowing nothing but trying to learn everything, becos, who no go no fit know.
The journey of parenthood is an emotional roller-coaster, filled with happiness, sadness, worries, frustration, pride, excitement and much more. Parenting is an amazing adventure.

When people dey yab me say you dey tackle me for social media, I just dey laff.
I dey laff bcos Na so I tackle my papa before I collect my independence. Lion no fit born goat. Never forget that the Oputa’s are very special people, and in you I see me.

Since Saturday morning I have received thousands of phone calls from parents and young people who feel disconnected with their parents. Their testimony has been quite insightful.
I was only able to offer a listening ear and soothing words, but I feel taller because our story inspired thousands.
That’s a good thing.

My darling, I promise to allow you tell your story like I have been able to tell mine. I respect your perspectives and I understand. I brought you all up as Global Kids and not as timid village champions.

Let’s just go back to the friendship we have been working on.
I love you and no one can contest, not even you. 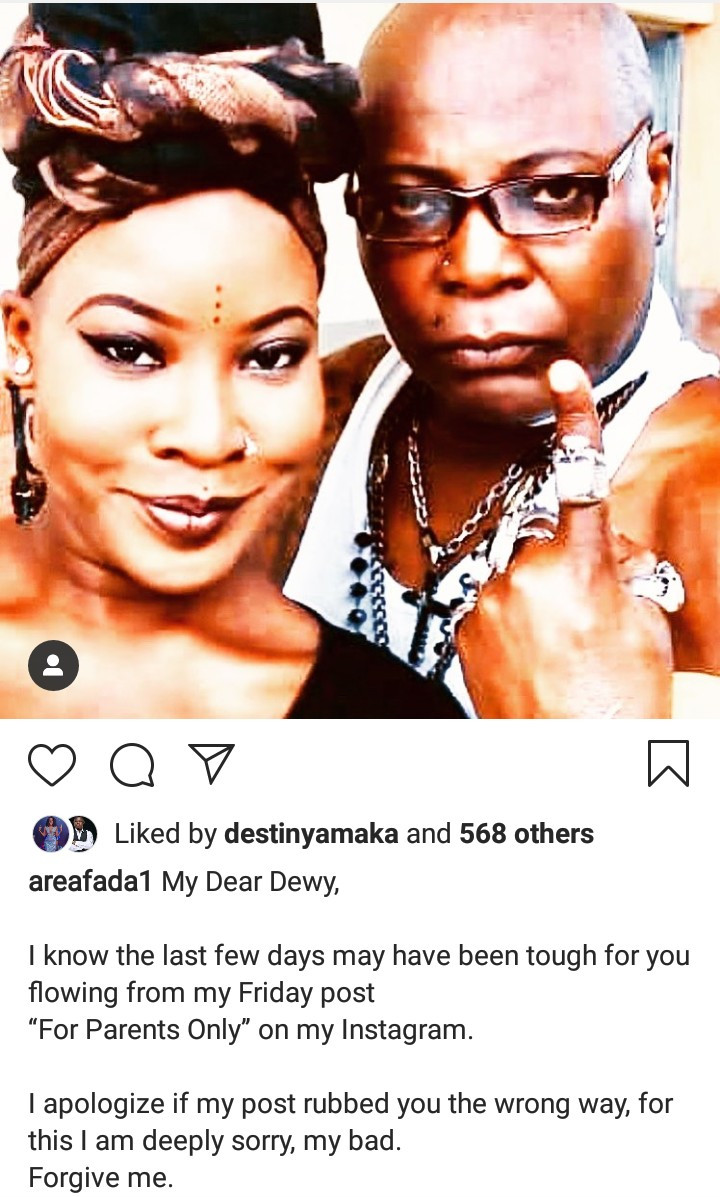 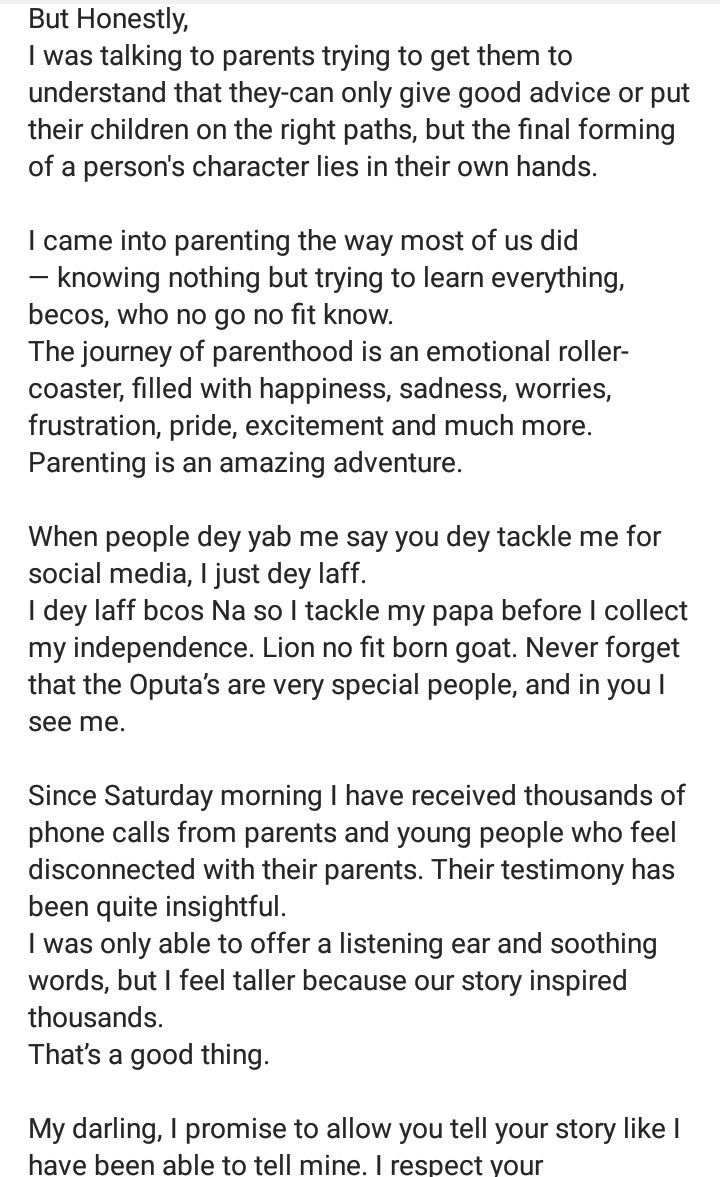 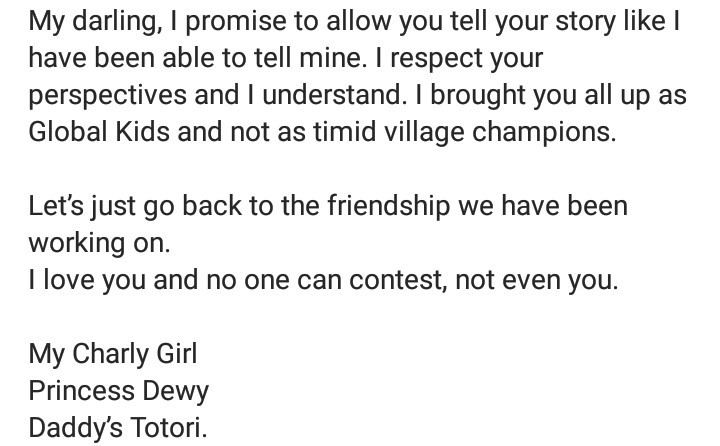 BBNaija Nengi And Ozo's Fans Gift Them N2million And Other Goodies

Cardi B Reveals Why She Cannot Ask Male Artists For Collaboration

American actress, writer, and producer Issa Rae has casually popped into Instagram as she usually does to give...