Actress Rahama Sadau will be appearing in a sharia court in Kaduna over allegations of blasphemy levelled against her after she shared racy photos on social media.

A press release signed by Lawal Muhammad Gusau on behalf of the Concerned and Peace Loving Muslim Ummah, listed some conditions that must be met before Rahama defends herself in the sharia court. 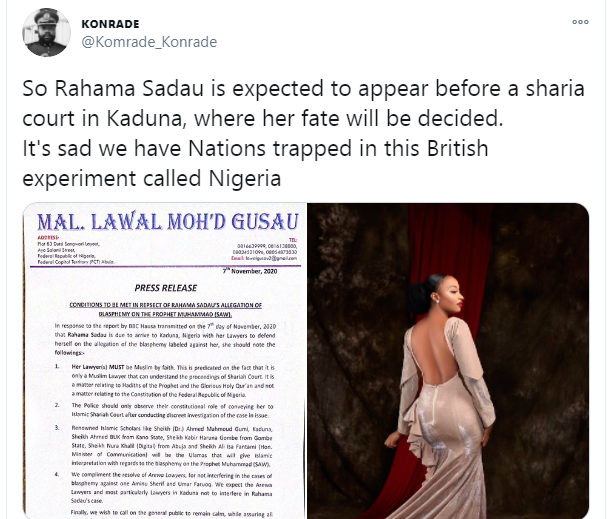 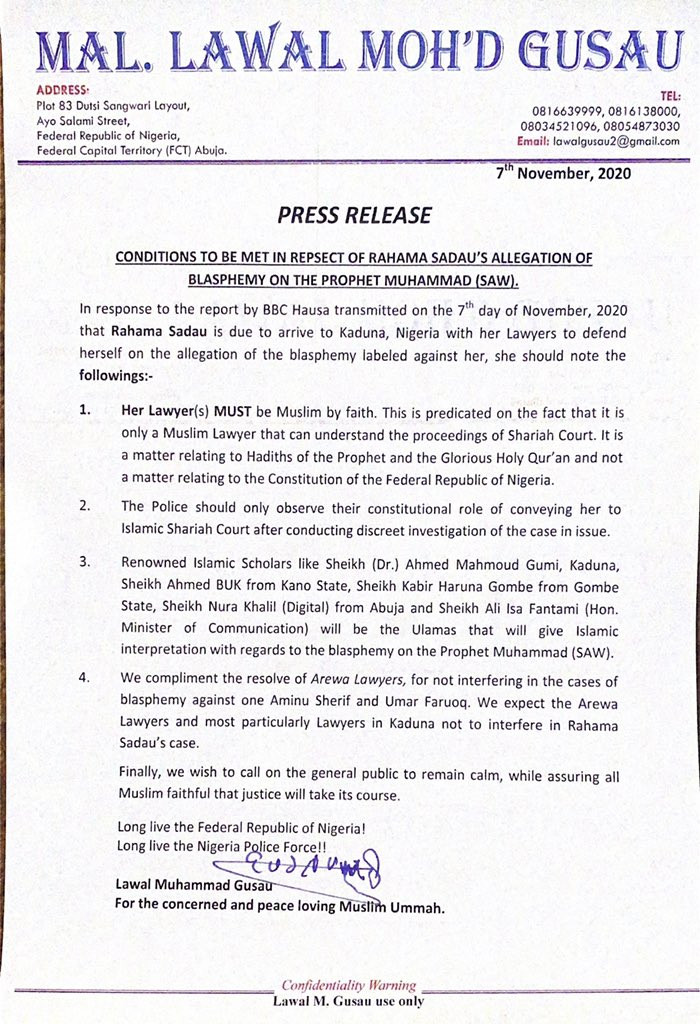 Cee-C Sends Warning To Her Future Husband, Says Her Mates Are Getting Married