Davido Talks About Postponing His Wedding To Chioma, Kids And Family In Detailed Interview

Nigerian music star, David Adeleke popularly known as Davido has revealed the reason behind the postponement of his wedding to fiancee, Chioma Rowland.

The singer made this known during a chat with Ebuka Obi-Uchendu on the BlackBox interview series.

Davido said his wedding to Chioma which was supposed to take place in July got postponed because of coronavirus.

“Honestly, Corona fuck it up. It was supposed to be in July. But we both decided probably sometime next year. For now I want her to concentrate on her business,” he said.

Ebuka went on to ask the music star how the birth of his first son changed him after two daughters.

“With Chioma my fiancee it was crazy having Ifeanyi, being there through the whole nine months pregnancy, seeing all the stress of what women go through and seeing him come out,” he said. 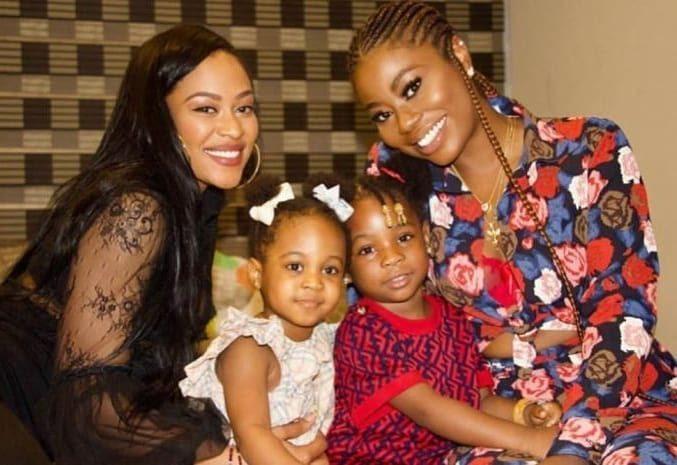 Ebuka interrupted ”You were there during the delivery?” Davido responded by saying he went to the labour room straight from the club.

“It changed me a lot. You know with my daughters, you know girls always love their dads a lot but their mums teach them how to be women. But as a dad I gats train, my son, to know wetin he suppose to do and not do,” he said.

When asked if his daughters know about his status as a celebrity, Davido revealed that his face daughter, Imade never fails to tell everyone that her dad is ‘Davido.’

Ebuka asked the most followed Nigerian celebrity on Instagram if he is worried about certain factors in his career that will affect his kids.

“Of course, I mean eventually Imade is going to know all these things on Twitter. She uses the Internet and phones. So imagine all the scandals that I have had and them seeing it. My dad tells me all the time ‘David any time you are doing something, don’t think about yourself think about your children,” he said.

Davido was asked how he manages the relationship between his two baby mamas and fiancee?

”At the end of the day, all my kids are equal. Before my kids, we were all friends. I’m not going to sit here and tell you that we don’t argue or fight but it’s just that the love that we all have for our kids comes first. Imade and her sister talk every week. The other day Imade was with Ifeanyi, they were at grand pa’s house. It’s not easy but as a man, you gats make everybody happy,” he said.

Davido for the umpteenth time made it known that he had his fiancee Chioma have been together for 7 years. According to him, they met at Babcock University after she was introduced to him by his friend and associate, Lati.

When asked at what time did he realise that Chioma was the one, the music star said she is a selfless person who he can trust his other children with

Ooni Of Ife Welcomes His First Son With His Wife, Olori Silekunola

Kiddwaya Reveals Why He Is Not Yet Ready For Marriage