The disc jockey made this announcement via her official Twitter page yesterday, July 6 2020.

In her words, “Contract SIGNED & SEALED! Proud to join the @WeArePlatoon family as an artist …My debut Album DELIVERED! ?? #OriginalCopy coming soon!” 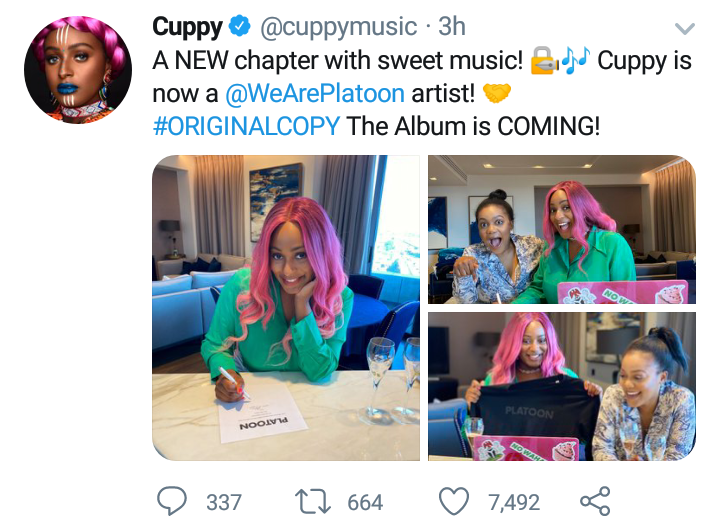 Platoon, launched in 2016, is an entertainment outfit that seeks to give musical artistes the enabling platform to distribute their music independently. 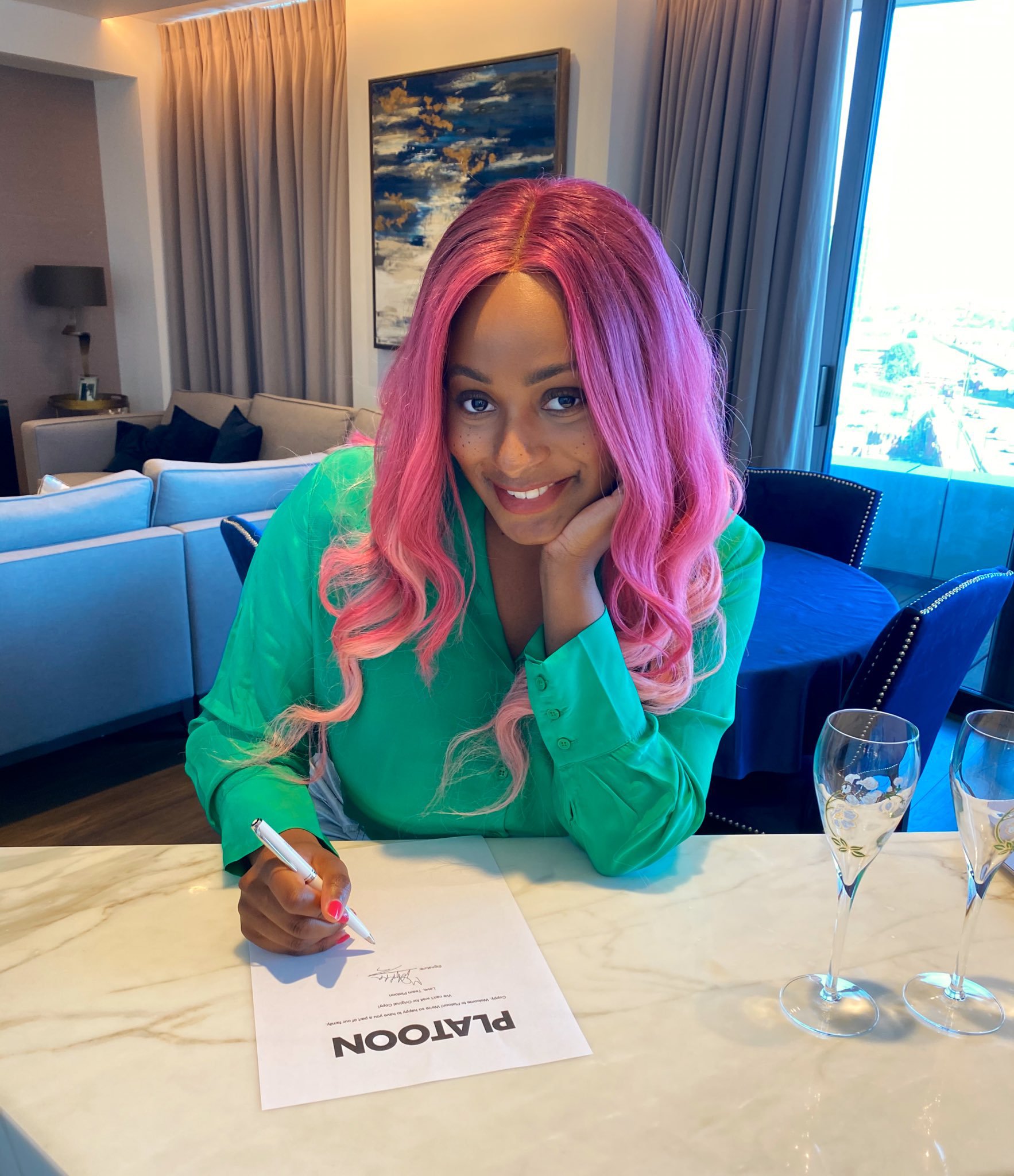 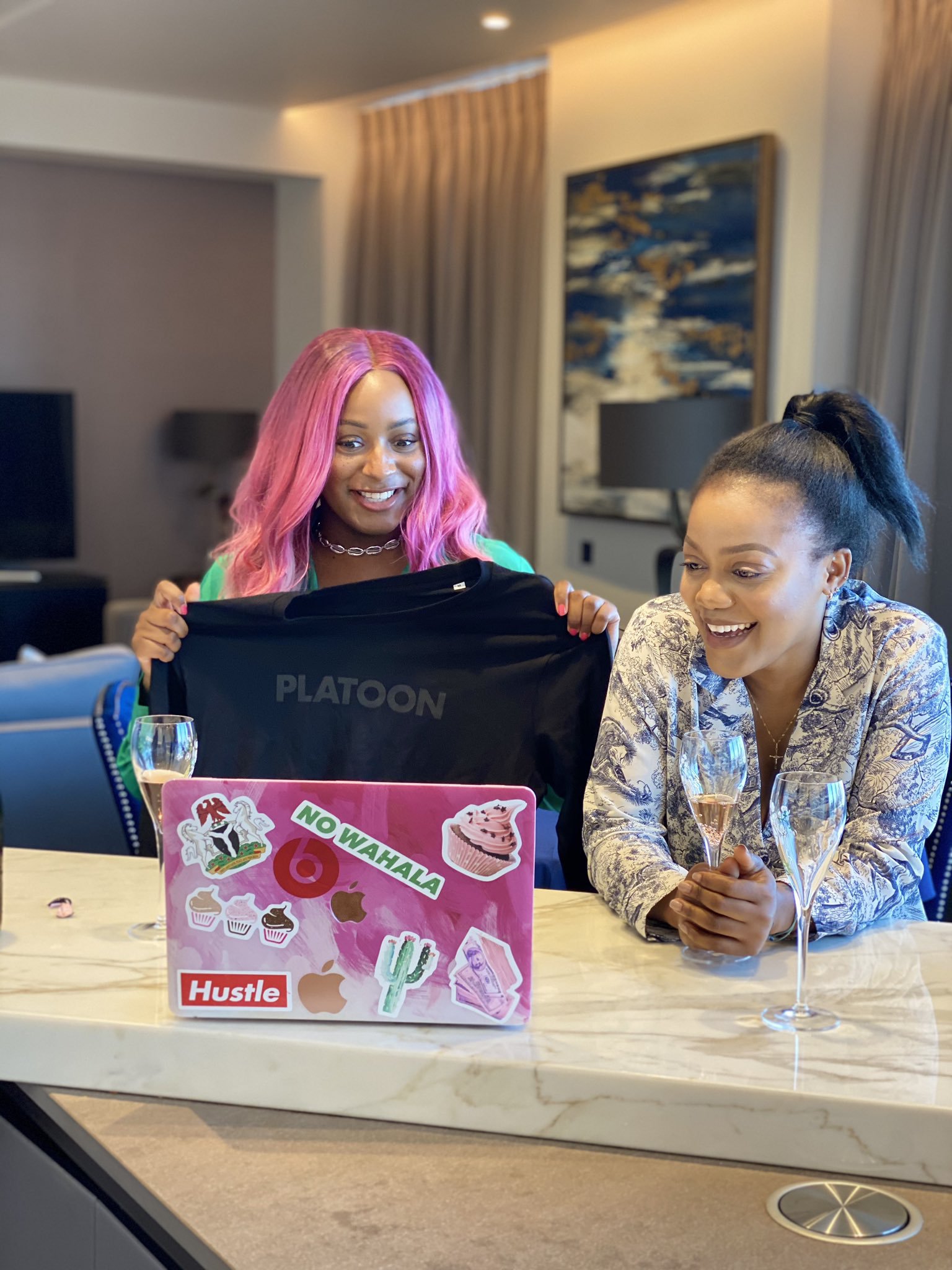 Prior to now, the firm has signed the likes of Britsh singer, Jorja Smith, Sam Smith and Mr Eazi. It has also developed major artistes like Billie Eilish and Stefflon Don who left to sign hefty global deals with Universal Music Group.

South African Rapper AKA Announces He Has COVID-19

Davido Empties A Shoe Store For His Crew (Video)

#BBNaija: Laycon Reveals The Only Housemate He Told About His Genotype [Video]