Don Jazzy’s ex-wife, Michelle Jackson has sent a message to him after the news of their failed marriage went viral.

This comes after Nigerians pleaded with the couple to make amends and come back together, following reports of their divorce.

Michelle, in her message to Don, thanked him for his kind expressions about her in his statement about their marriage. She however did not disclose if they will be getting back together or not.

Don Jazzy in his reaction to her message, sent out love emojis to Michelle Jackson, via his Instagram handle.

Checkout previous comments from Nigerians pleading with the duo to get back together; 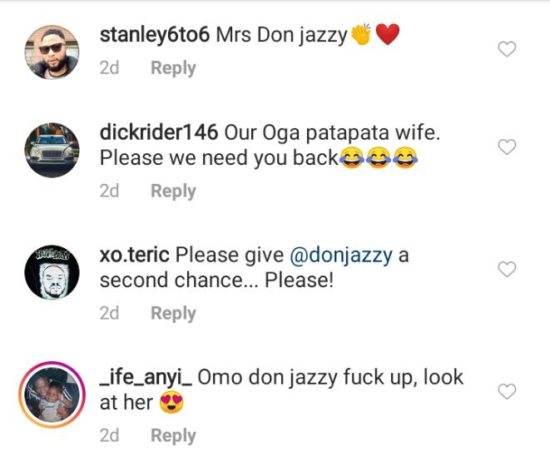 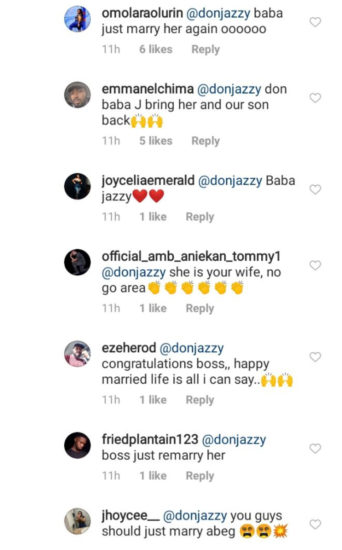 Ikenna Ideh – All you need to know about the man, the artist and his many other sides