EndSARS: “Increase Police Salaries To N250k Per Month” Tekno Suggests To The Government

Tekno has redirected his energy to call on the government to increase police salaries only hours after calling for SARS to be ended.

The singer had joined other Nigerians in tweeting and protesting SARS brutality online. He kept insisting that the government ends SARS.

Shortly after IGP Adamu Mohammed announced that SARS has been dissolved, Tekno began calling for an increment in police salaries.

He wrote: “Increase police salaries to 250k a month.” 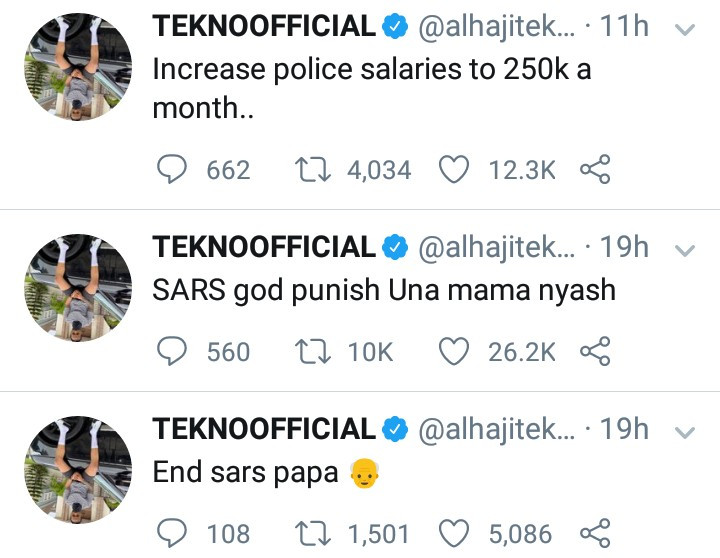 “I Can Never Leave My Husband” – Chacha Eke Says, Insists She Has Bipolar Disorder