Game of Thrones Stars, Rose Leslie, and Kit Harington have welcomed their first child together, a baby boy.

The couple confirmed the happy news by stepping out with their newborn in London on Tuesday, February 16. Kit’s rep later told E! News that the couple welcomed a baby boy and they are “very very happy!” 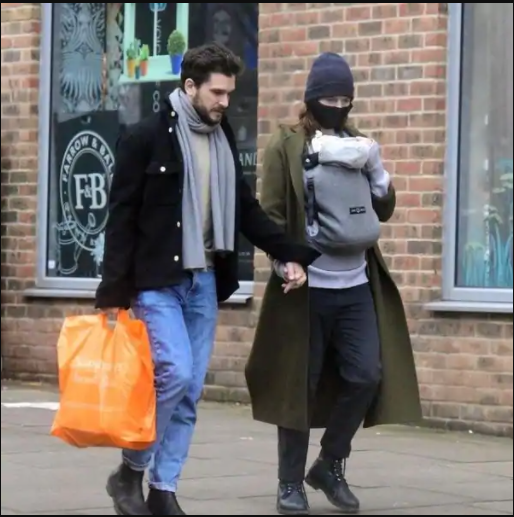 The new parents, both 34, confirmed their pregnancy back in September after Leslie debuted her baby bump for U.K.’s Make Magazine and spoke about how they have been spending quality time together in their Tudor manor house in East Anglia amid the ongoing coronavirus pandemic.

They first sparked relationship rumors in 2012. After a brief split, they reconciled and continued to fuel romance speculation until they officially confirmed their relationship in April 2016.

Less than two years later, the couple tied the knot in Scotland in 2018.

#BBNaija2020: Ozo Reacts As Lilo Says He Will Have Beautiful Kids With Nengi