Nollywood actor, Bolanle Ninalowo has taken to social media to send a caveat to anyone who has canal intentions toward his teenage daughter.

This is coming after the recent statutory rape allegations meted at popular twitter Comedian, Justin UG who was accused of lying about his age in order to sleep with a 14-year-old girl. 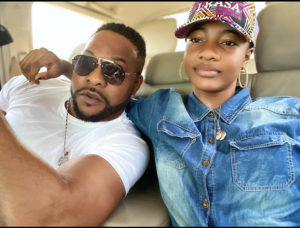 So my daughter At 14 someone would want to defile her and say it's with her consent? No now, I go end person🙅😡 pic.twitter.com/62eyAz1pQu

Further findings on the account gave it off as a parody account of the actor and this clears the doubts of social media users who believe the actor can’t make such uttering on social media.

Singer, Tekno In Search Of A Good Cook, Offers To Pay N304k Monthly