“If your transfer limit is less than N2 million in a day, we are not mates” – BBNaija Thelma

One of the Former BBNaija Housemates, Thelma, real names, Thelma Ibemere wants everybody who cares to listen to know that she’s a multi-millionaire.

The reality tv star set the record straight, insinuating to trolls that they’re not qualified to troll her, if their bank transfer limit for a day is less than 2 million naira!

“If your transfer limit is less than 2m in a day ..don’t troll me next time, we are not mates.. I come in peace ” she tweeted as she shared a screenshot of her transfer receipt from yesterday, June 15th. 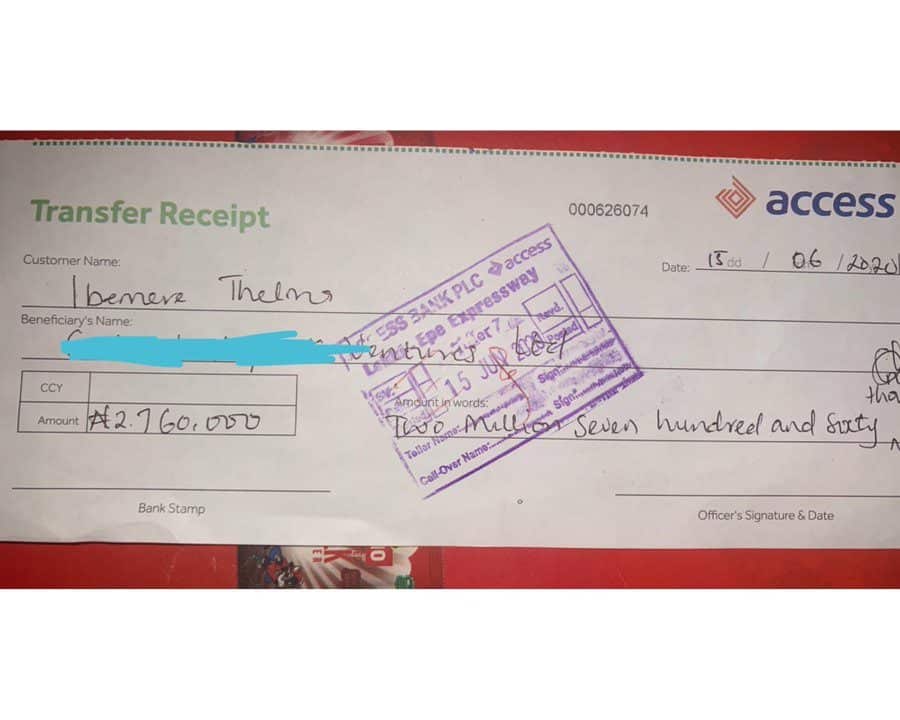 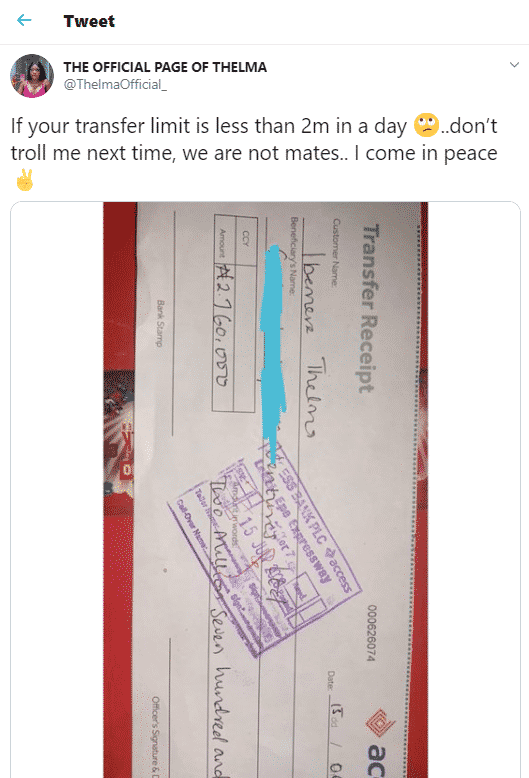 This is coming few days after Thelma was dragged by her co-housemate, Tacha’s fans, for saying their altercation in the house caused her eviction, and that her fans behave like her.

“I love you, you are a major Blessing” – Ike Publicly Professes His Love For Mercy

#BBNaija: If I Hadn’t Given Her Space, Maybe This Would Not Have Happened – Laycon Speaks On Erica’s Disqualification

Check Out These Hot New Photos Of Singer, Korede Bello

Actress Iyabo Ojo has vowed never to campaign or vote for a member of the PDP or the ruling APC....

Nigerian singer Ayo Balogun, aka Wizkid, was spotted “hiding’ from the camera at his third baby mama, Jada Pollock’s birthday...

Nigerian award-winning musician and CEO of DMW, Davido‘s fiancee Chioma has inked their son’s name on her wrist. Chioma who couldn’t...

Former BBNaija Housemate Nina Ivy, has bought her mother a brand new car, to celebrate her as she turns 60...

Actress Iyabo Ojo has vowed never to campaign or vote for a member of the PDP or...