Iyabo Ojo Discovers Her Mother’s Real Age After Her Death; Explains Why She Hid It

Iyabo Ojo lost her mother over the weekend and announced that her mother died at age 67. According to her, she recently discovered that her mother was 69 and not 67 as she was claiming to be while alive just to make them believe their late dad was older than her.

Her late mother who was 2yrs older than their late father always claimed to be 67 just for them to believe she was younger than their father who would have been 68 this year.

Adding that in order not to let her husband be intimidated and also make her children think she’s younger than their father, she reduced her age and never wanted any birthday party from them. 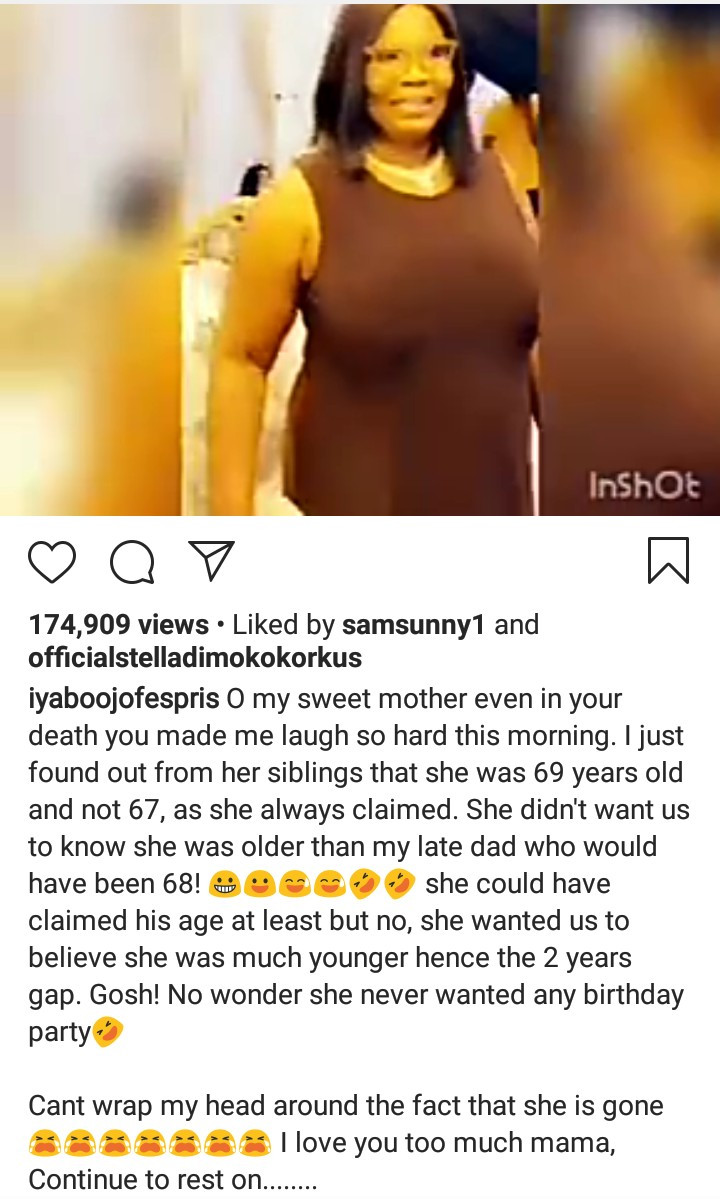 My Experience At Woks and Koi Was A Very Pleasant One

5 Remarkable Event Planners You Should Totally Work With In Abuja