The CEO of Iroko Tv, Jason Njoku took to Twitter to tender an apology to his wife, Mary on her birthday today, 20th of March.

According to Jason, he is deeply sorry the actress will be spending her birthday alone because for the first time. This is said is due to his emergency illness and it has kept them apart.

Jason, however, asked his followers to apologize to her on his behalf.

Describing how important the mother of 3 is to him, the 40-year-old said Mary made him who he is and she also gave him everything she has.

“Today is @MrsMaryNjoku birthday. The first time she has had to spend it alone… though my emergency illness kept us apart & any and all begging of forgiveness has been said. Perhaps you Pipo will help me beg x10 forgiveness too… Mrs. Njoku made me. She gave me everything” 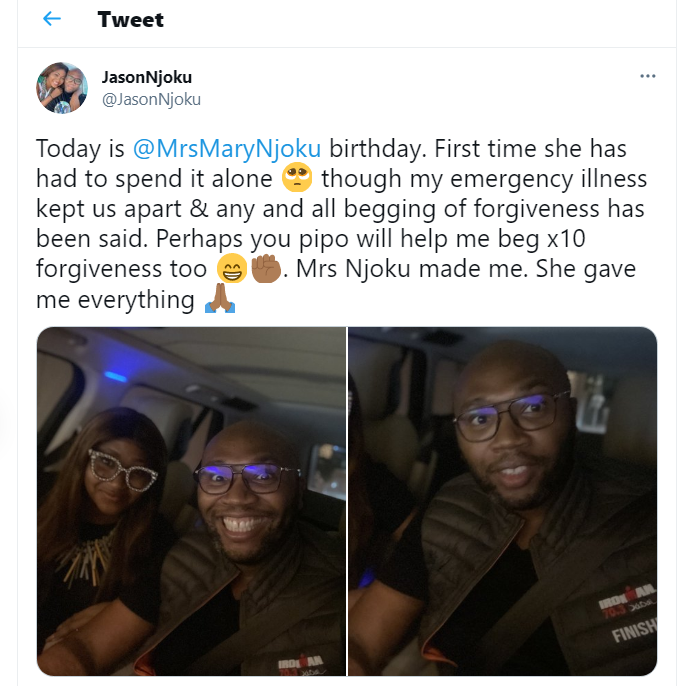 We Love To See It! Banky W Shares Some His Experiences As A New Dad

Full List Of Winners At The 2021 Billboard Music Awards

Lesbianism Has Become Rampant, A Lady Asked Me Out – Actress Olayode Juliana