I Won’t Be The One Cooking And Washing – Actress, Jemima Osunde Writes On House Chores In Marriage

Actress Jemima Osunda took to Twitter to reveal she won’t be the one cooking or washing clothes in her marriage.

The medical practitioner, who doubles as a Nollywood actress, said her husband will either get someone to do those things or she’ll get help herself.

According to her, she is not ready to wash her husband’s clothes neither will she wash her own, adding that marriage is not something that should put anyone in some sort of manual labor.

“You will get us a cook and laundry person. Or I will. Either way, I won’t be the one cooking and washing anybody’s clothes including mine & I don’t expect you to either boo. Marriage does not = manual labour that I don’t like, can afford to outsource & is really not necessary,” Jemima wrote on Twitter.

Jemima Osunde added that she is not ready to do any work that she wasn’t doing all in the hope of keeping her marriage.

“God forbid that I start doing what I wasn’t doing before (which I know is not sustainable) to keep anybody. There’s a huge difference between compromising in your relationship and subjecting yourself to slavery. Why do we like stressing ourselves nitori olorun? Ko ye mi,” she added.

Read her tweets below. 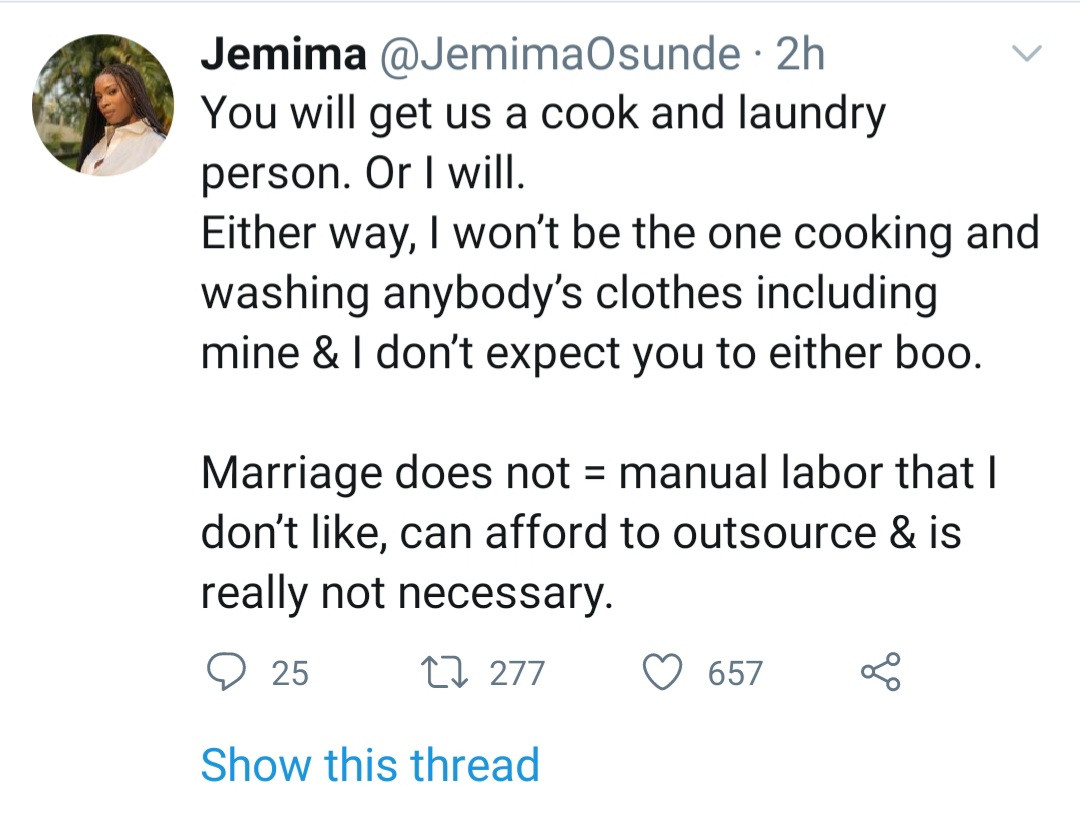 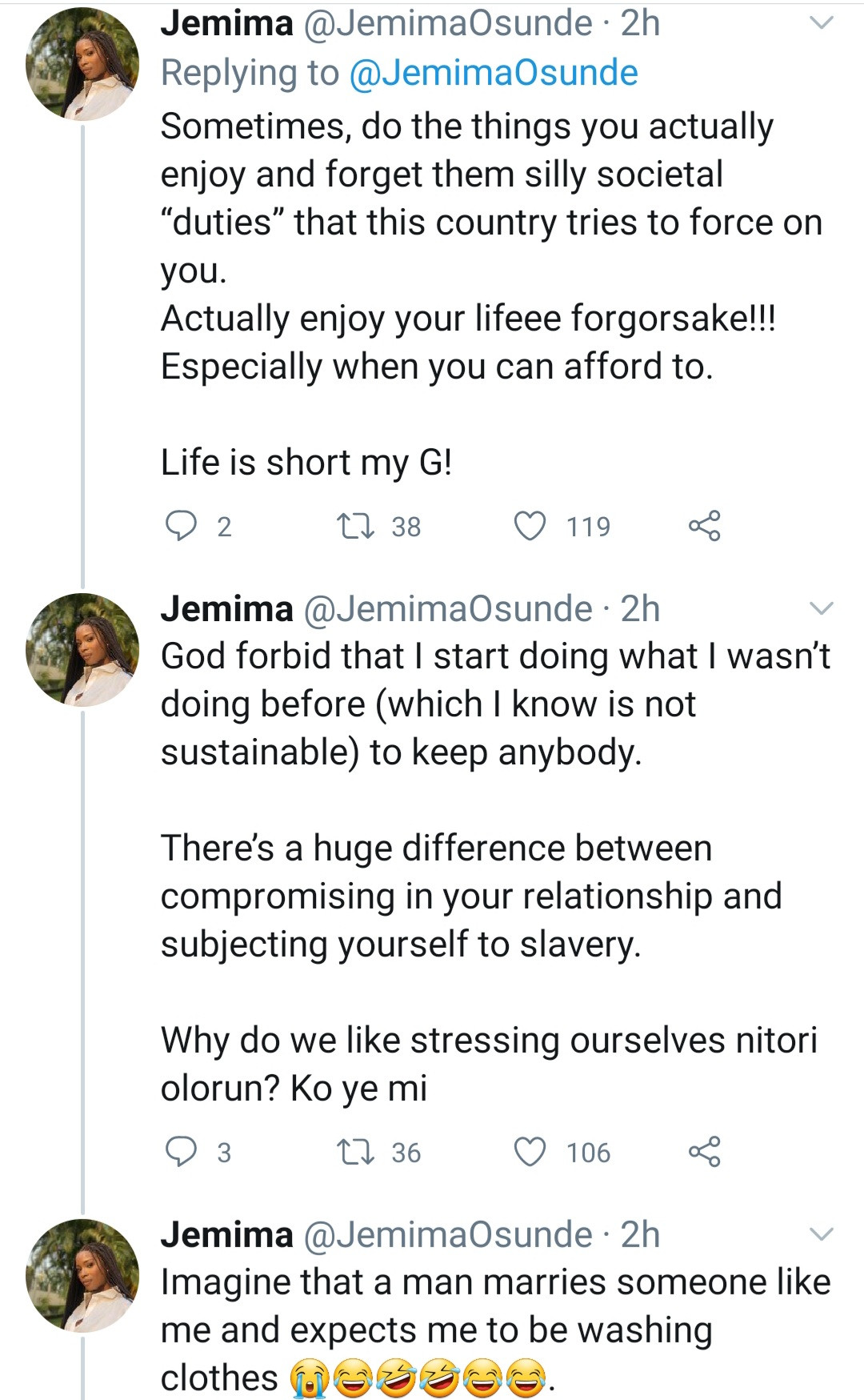 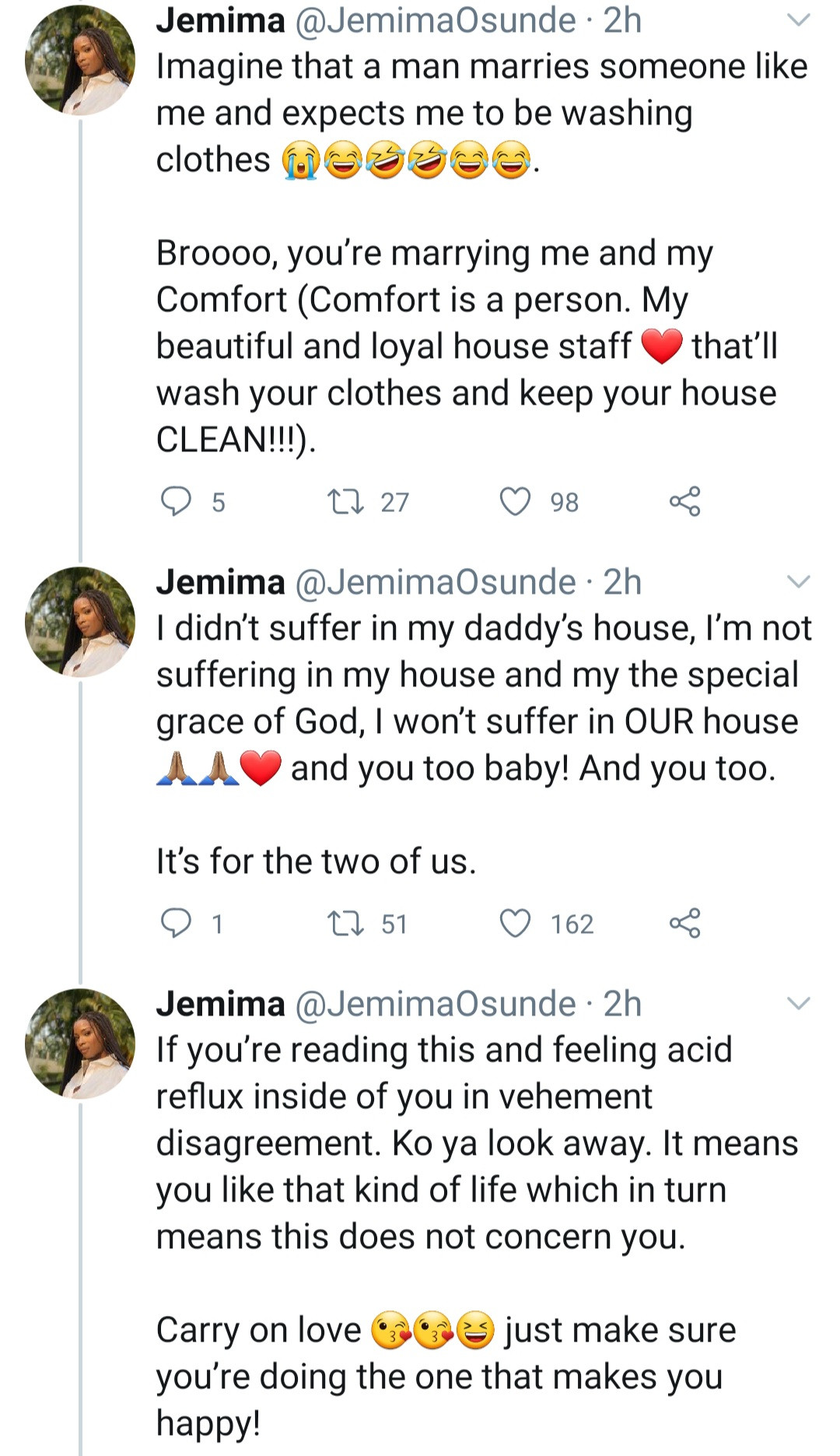 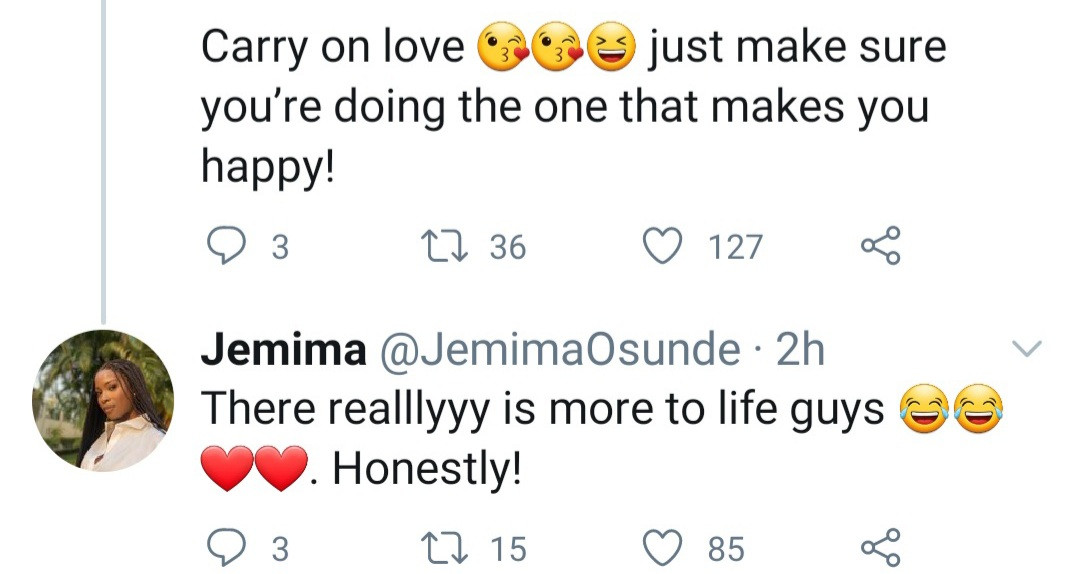 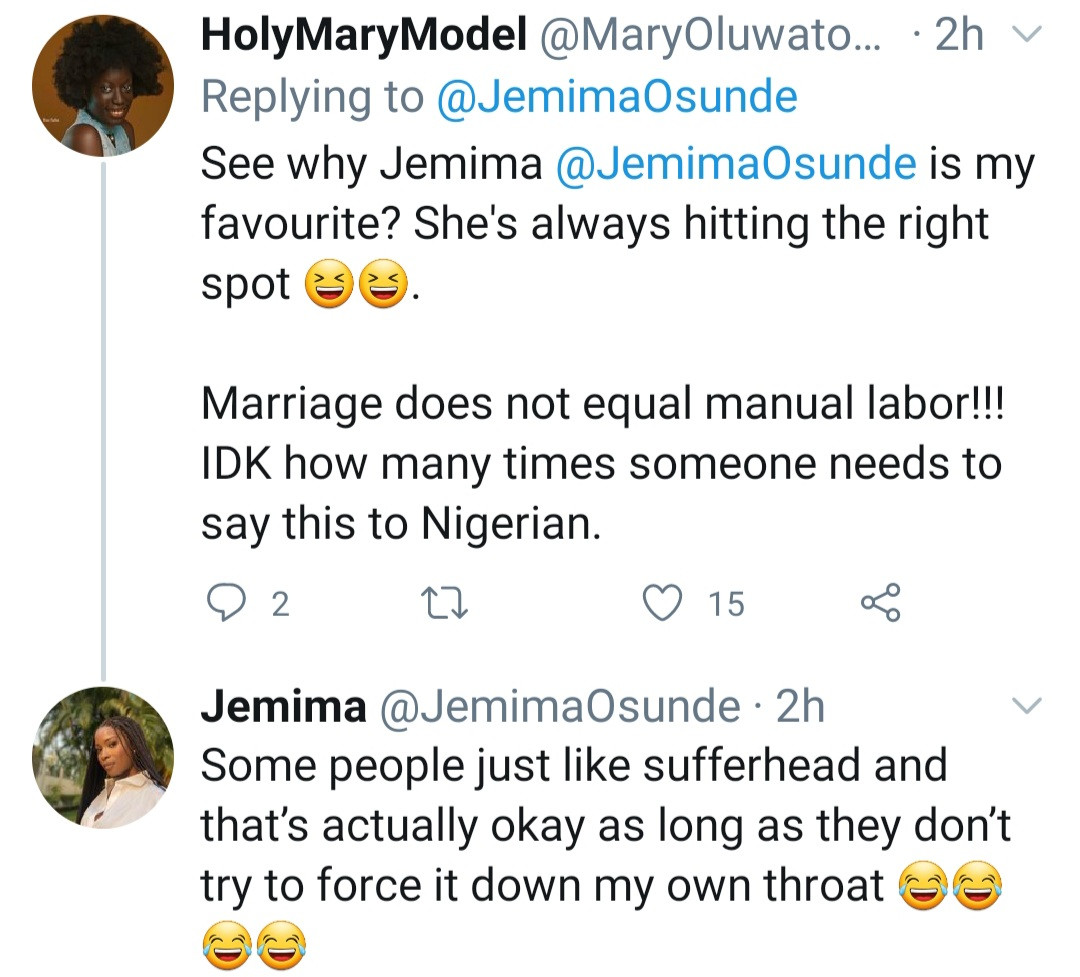 EndSARS: I Know What It Means To Lose A Child – D’banj Says He Stands In ‘Solidarity’ With Nigerian Youths

#BBNaija: Erica Reveals Why She Chose Kiddwaya Over Laycon As Deputy HOH (Video)

Michael B. Jordan Rents Out An Entire Aquarium For Lori Harvey To Celebrate Valentine’s Day