Nigerian journalist, Kemi Olunloyo has lost her Twitter account after a large number of Nigerians reported her page.

Recall, Kemi Olunloyo has been making some tweets which Nigerians found provocative, especially during this period of excessive police/sars brutality.

The major tweet that sparked outrage on social media was the tweet she made some days ago, instructing Nigerian police to kill anybody that goes against them.

Reacting to this, Nigerians stormed her Twitter page, vowing to make sure the page gets suspended. Their goal has been achieved as a search for Kemi on Twitter yields no result.

See their reactions below; 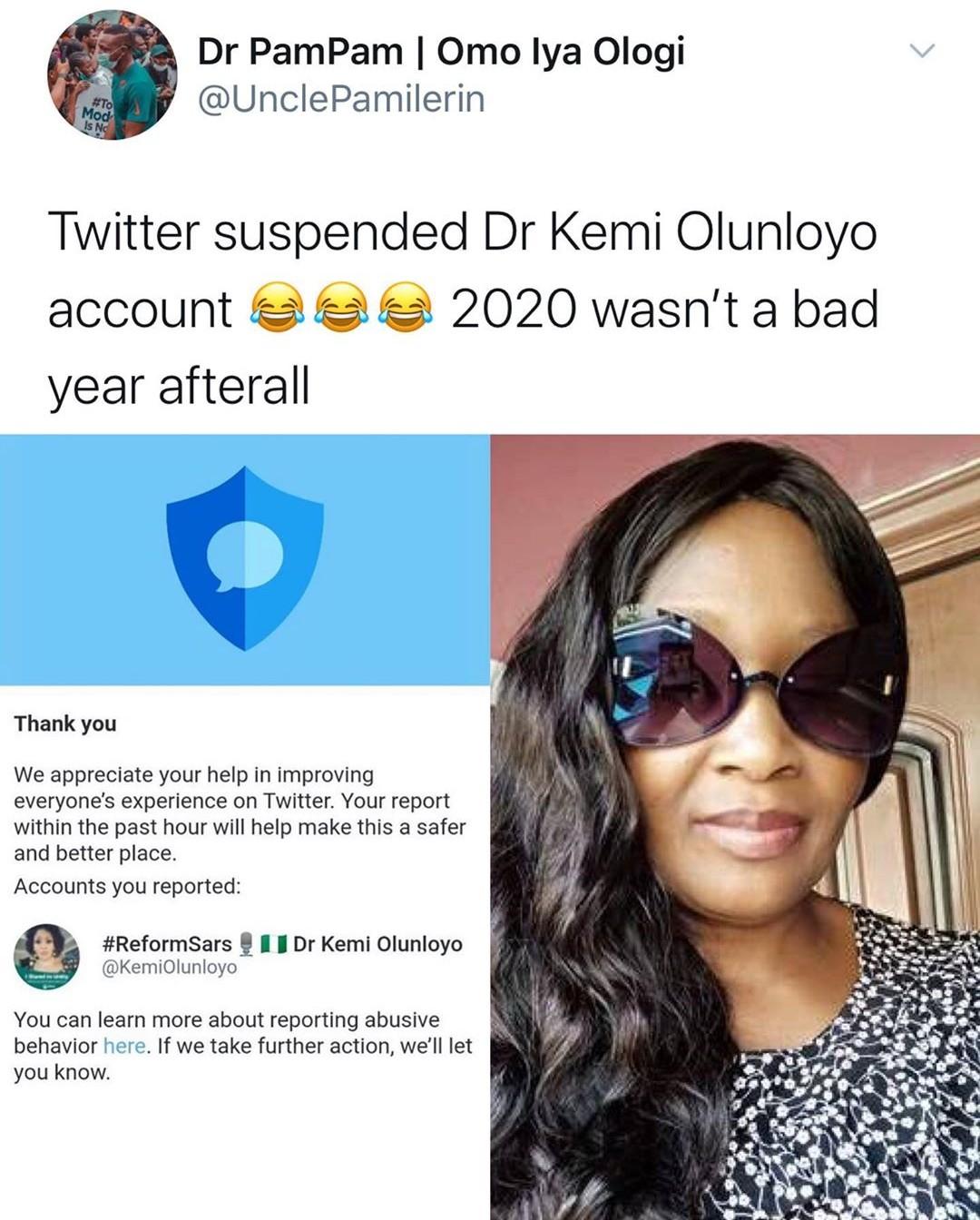 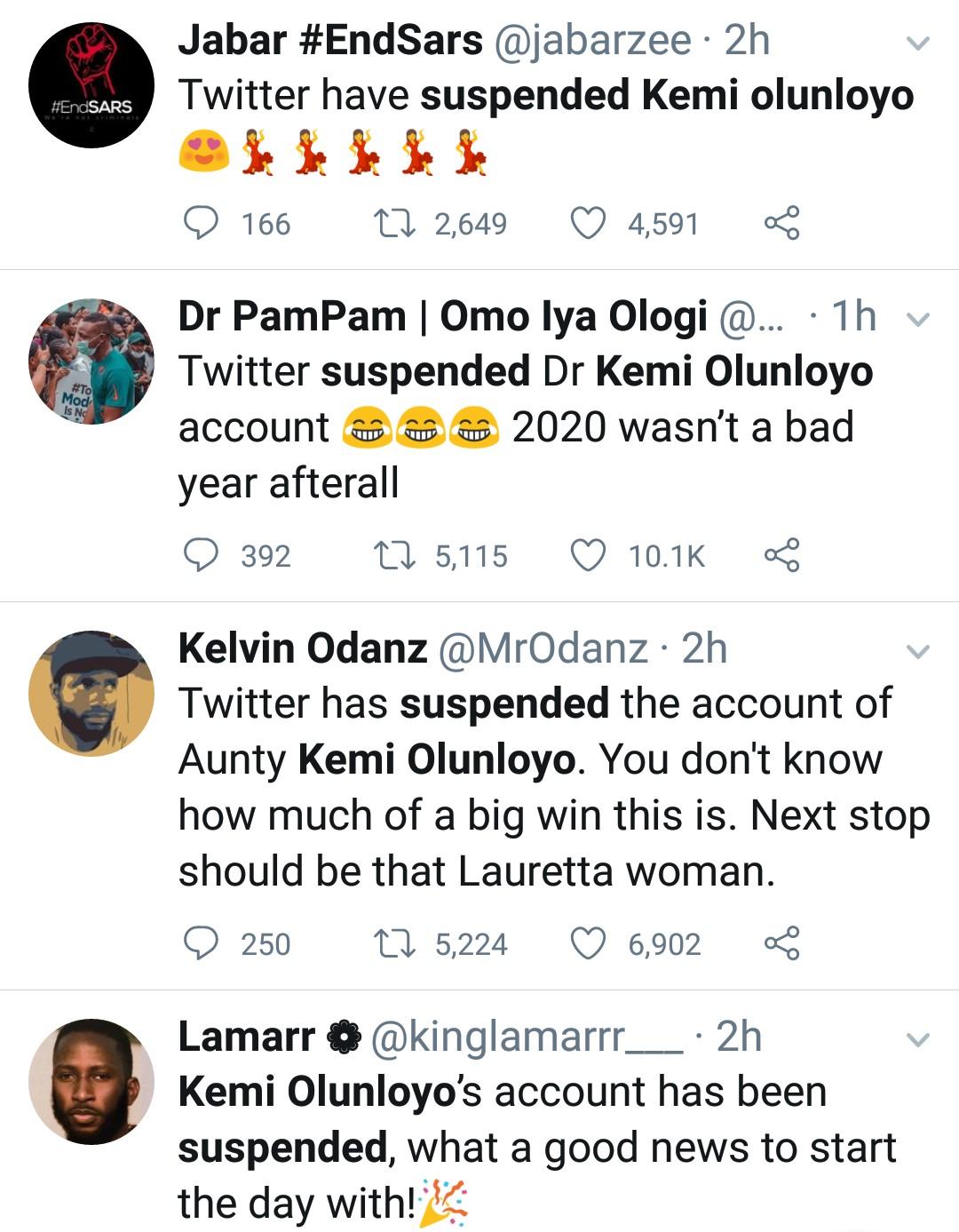 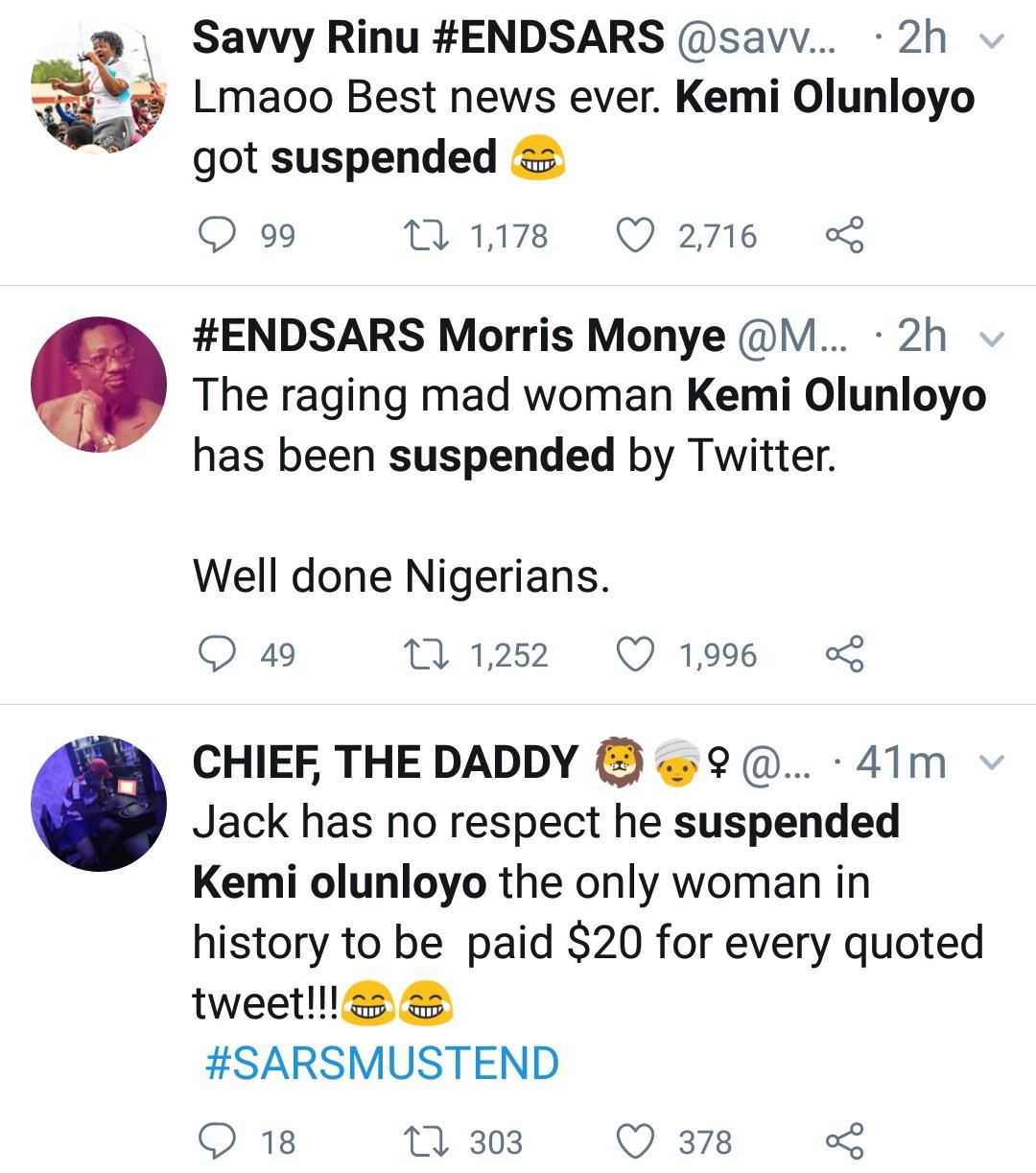 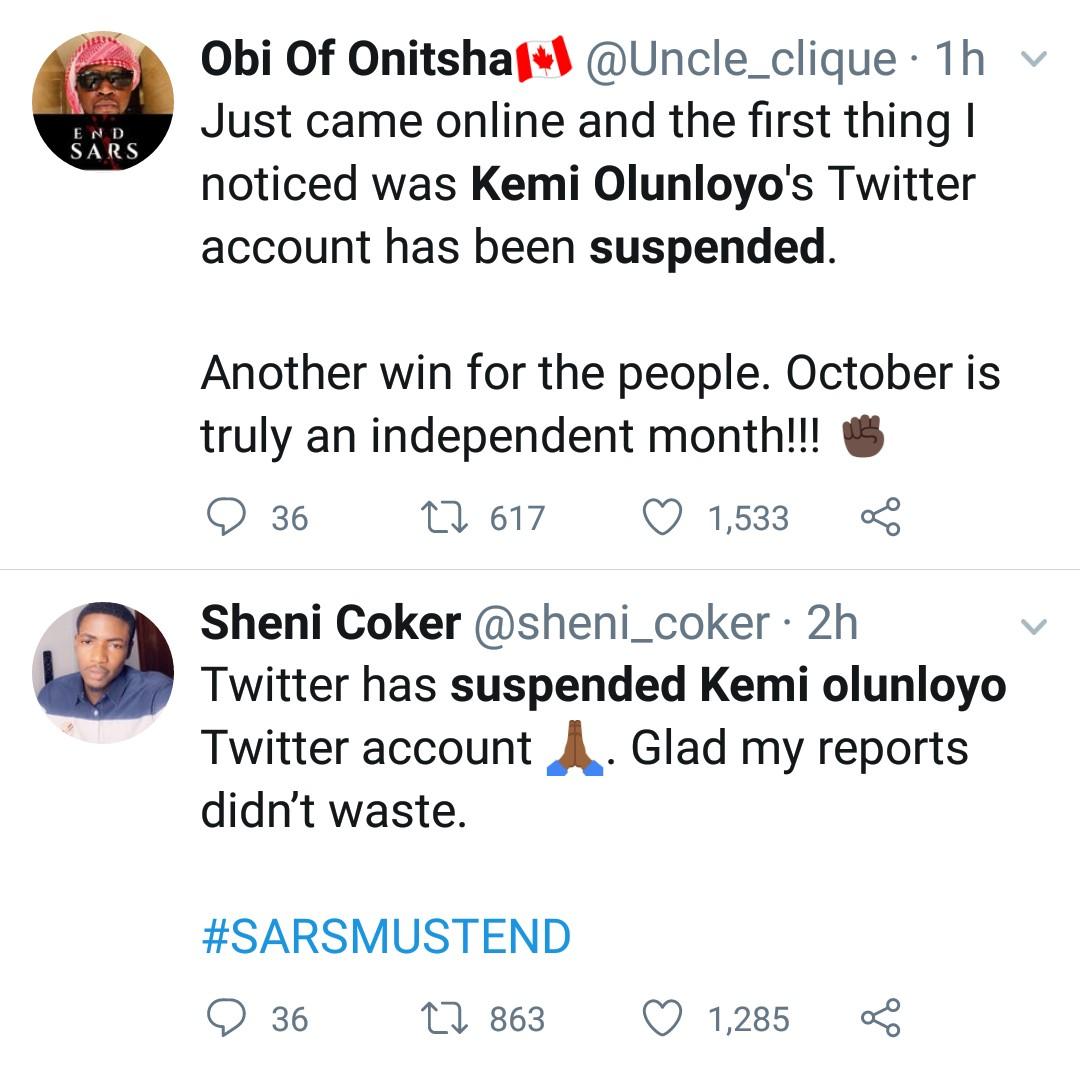 “Come Back To Me, Don’t Allow Friends Lead You Astray” – OritseFemi Begs Wife

#BBNaija: Ozo Reveals What He Did When He First Saw Nengi – (Video)