Kemi Olunloyo Says A Word Of Prayer For Davido And Chioma

Kemi Olunloyo made her heartfelt prayer for the couple known in a recent tweet she shared on her Twitter page on, June 17.

She also asked God to bless the relationship of the couple.

This is coming days after news of alleged domestic violence and breakup rocked Davido and Chioma’s relationship.

Many applauded her for making peace with Davido and Chioma after calling them out severally.

Even as Kemi Olunloyo prays for Davido and Chioma, some Twitter users insist that her post was just a covert mockery of the celebrity couple.

“God bless Davido and Chioma. May your relationship be SEALED with a wedding soon. May your marriage be blessed. So help you God! Chioma my lover will change to Chioma my wifey” 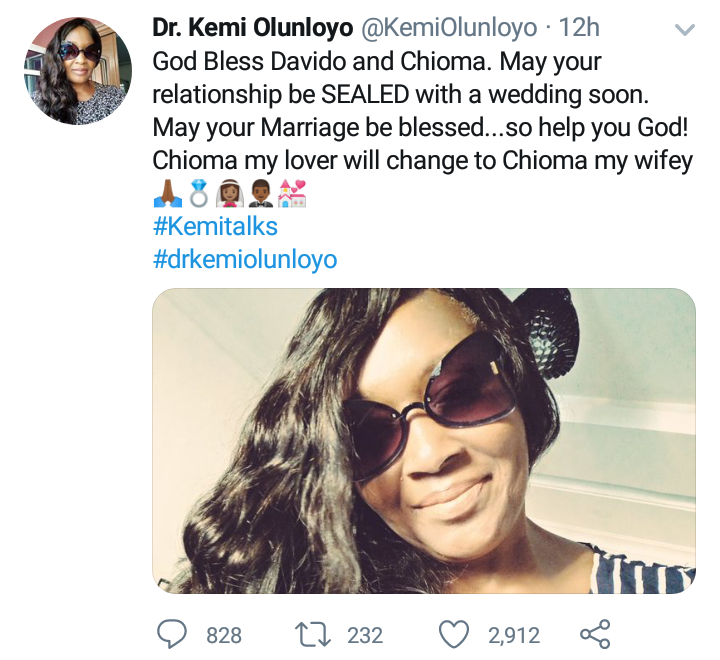 “Donjazzy Cannot Sign Me, I Am Way Too Much” – BBNaija’s Ella Boasts

How I got my taste buds mesmerized at Metro café Abuja

My Relationship With Ozo Is Nobody’s Business – Nengi (Video)