Nollywood actress, Mercy Aigbe has taken to Instagram to throw a shade and accuse her husband of running into hiding like he always does because its school fees season.

According to the mother of two, she came across the post about dead beat dads and she decided to repost because she can relate and it is what she is going through.

“School fees season… Guess the useless people that have gone into hiding again… Got bless all mothers doing it all”,

Reacting to this, Mercy wrote; 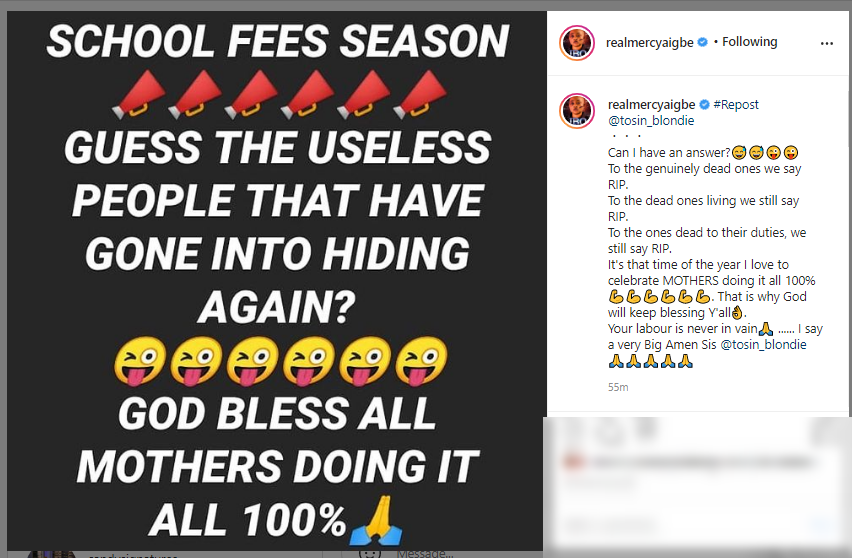 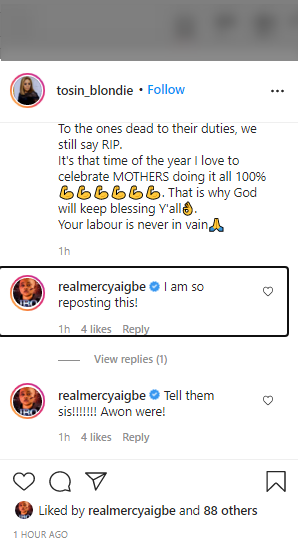 'Cossy Ojiakor Acted In A Movie When I Was 1, She Should Be 50 or 60 Years Old Now' - Estranged Fiance, Abel