Nigerian singer, Mr Eazi has revealed some of his plans for his fans especially how they can also make money from his songs.

Mr Eazi revealed he is making a move for his fans to be able to buy shares on his songs.

He made this known via his Twitter handle where he said he was going to try an experiment where his fans will own equity on his yet-to-be-released song.

“Gonna try an experiment on my next release where you guys the fans will be able to buy shares on my song! Meaning you will own an equity % on the song! As u stream & give me $ some goes back to you!” he wrote.

In another tweet he said due to his fans, he has been top five most streamed African artists since 2016. 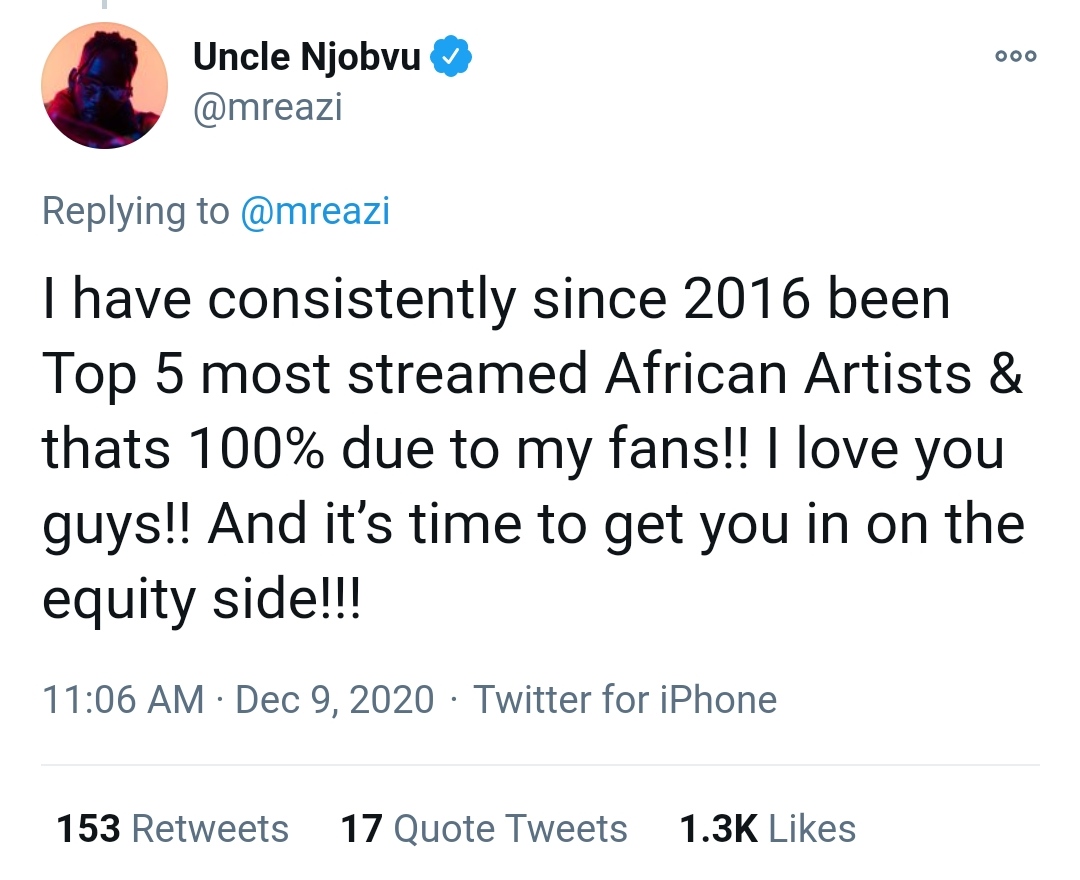 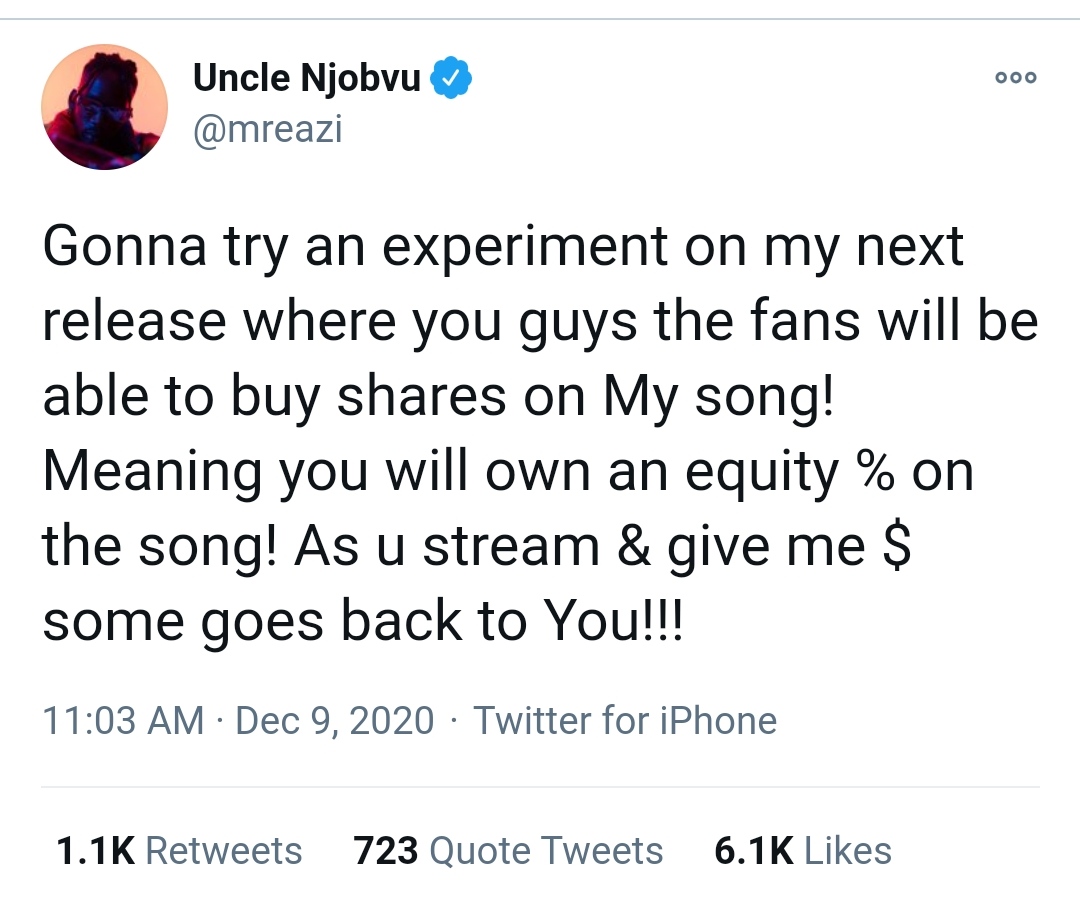 #BBNaija: Erica and Kiddwaya Make Out Under The Sheets (Video)

Ooni of Ife’s Former Wife, Queen Zaynab Open Us On How Hard It Was To Leave Him