Controversial Nollywood actress, Nkechi Blessing has been dragged by Nnegi’s management for being hypocritical.  This comes after the actress shared Nengi’s picture with the caption:

Not moved by the show of love from the actress, Nengi’s management reminded her of how she worked against their contestant before the final of the reality TV show. 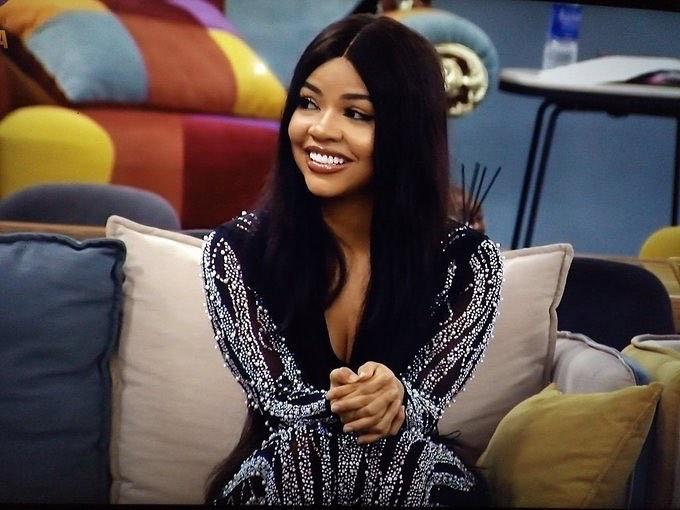 “But you dey de-campaign her at every given point and called her names on that CMC live, when all we wanted was a chance to promote Nengi. Nne, keep the same energy.” 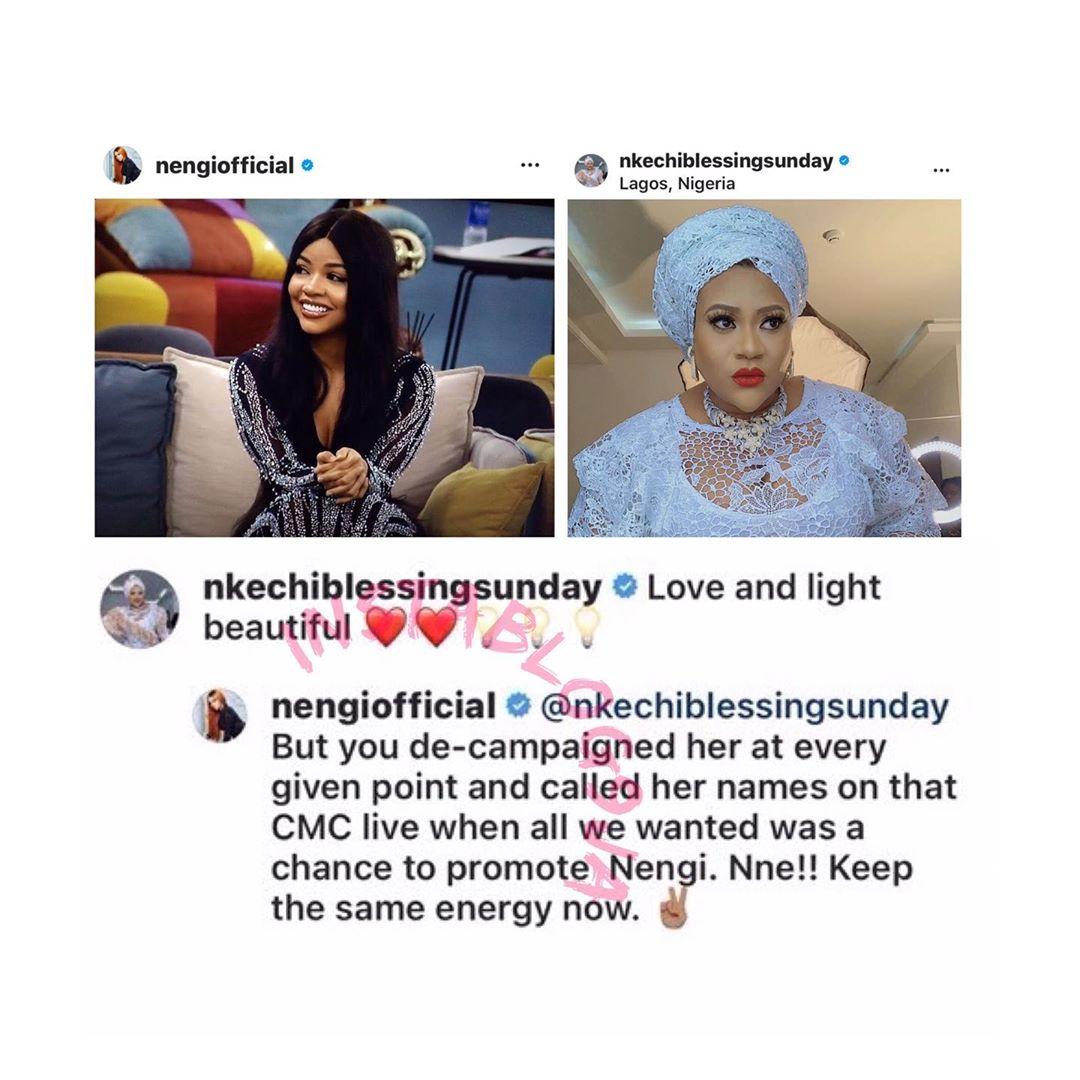 Nkechi Blessing is known to be a heavy supporter of Laycon and had been campaigning for him on social media. This eventually paid off when Laycon emerged the winner of the N85 million BBNaija prize money.

#BBNaija: I'm Happy For Laycon But Time Will Tell If We Will Be Friends Again – Erica [Video]

'Why I Stole A Laptop In 2017’- Rema Makes Public Confession

How Can A “Minister Of Information” Be So “Misinformed”?- DJ Switch Attacks Lai Mohammed

Ramon Abbas a.k.a Hushpuppi has suffered a "setback" in his trial for fraud and money laundering in the United States,...

Talented Nollywood actress, Mercy Johnson took to Instagram to pen down a lovely tribute to her look-alike younger sister on...

The popular reality star, Cynthia Nwadiora, better known as Cee-c has tested positive for the coronavirus disease, COVID-19. In a recent...

Popular Nollywood actor, Richard Mofe-Damijo aka RMD has penned a heartwarming note to mark the birthday of his dear wife, Jumobi....

Ned Nwoko Takes Moroccan Wife, Laila On Romantic Dinner Ahead Of Her Birthday

I Wouldn’t Want My Children To Follow My Footsteps – Wizkid

BBNaija’s Ka3na Reveals Why She Unfollowed And Blocked Lucy

Ramon Abbas a.k.a Hushpuppi has suffered a "setback" in his trial for fraud and money laundering in...

Ned Nwoko Takes Moroccan Wife, Laila On Romantic Dinner Ahead Of Her Birthday