Veteran comic actor, Babatunde Omidina, popularly known as Baba Suwe, is dead. He died at 63 years old. The prolific Nigerian actor gave up the ghost on Monday November 22, after a long battle with an undisclosed illness.

His son, Adesola Omidina confirmed the sad news in a short statement he issued via his Instagram page.

This is to announce the sudden death of my father Mr. Babatunde Omidina. The legend and rare gem “ Babasuwe “ 11/22/21

May your soul rest in perfect peace Dad. 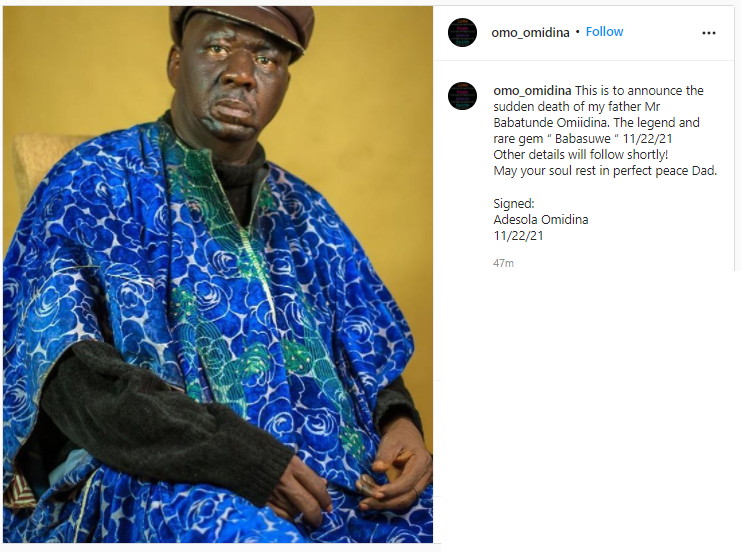 Model Who Married Herself Divorces After 90 Days