My Life Is Being Threatened For Walking Out Of My Marriage – Alaafin Of Oyo’s Estranged Wife, Queen Aanu, Raises Alarm

The marriage between 82-year-old Alaafin of Oyo, Oba Lamidi Adeyemi, and one of his wives, Queen Aanu, appears to have hit the rock.

In a post shared on her IG page, Queen Aanu who welcomed the monarch’s third set of twins in 2018, raised an alarm that her life is in danger after she took the decision to walk out of her marriage with the monarch.

According to Aanu, she took the decision to walk out of the union as she couldn’t continue to live in bondage. She said that since she moved out of the palace, her life has been under serious threat. She said she recently survived a failed attempt to kidnap her.

She notified the public to hold the monarch responsible should anything happen to her or her children. 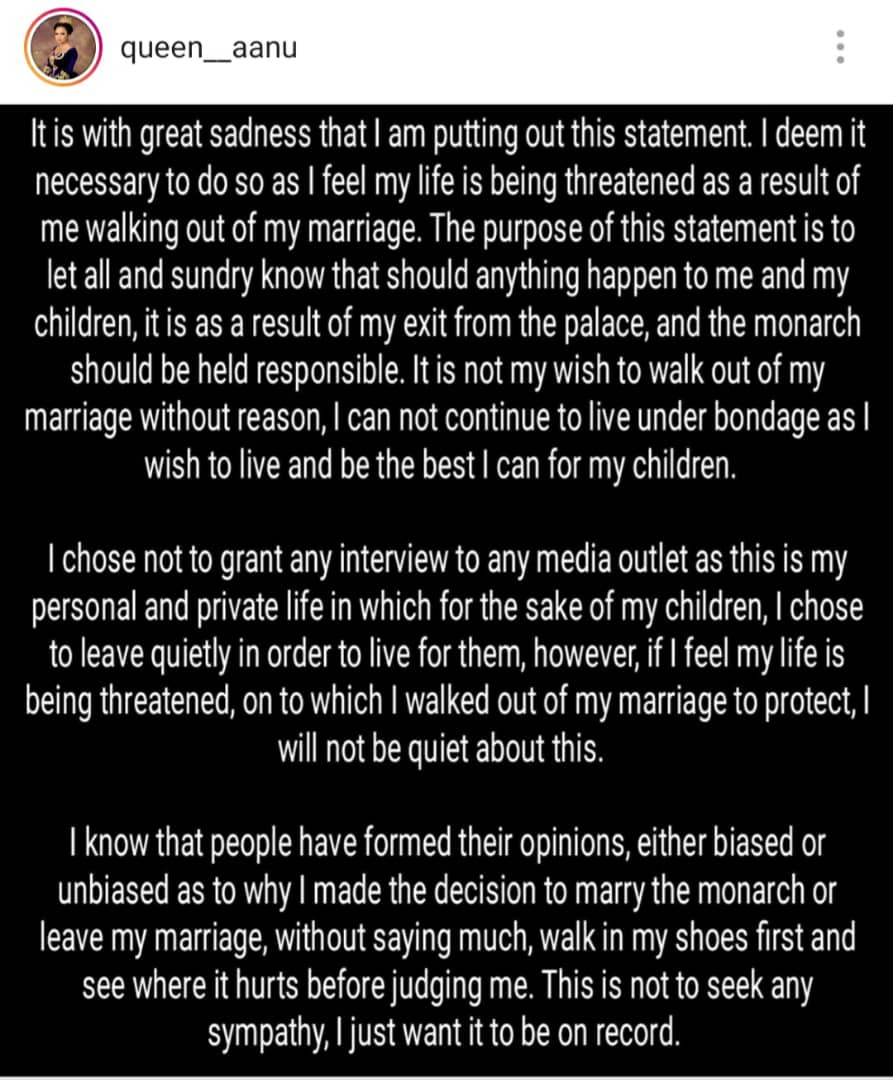 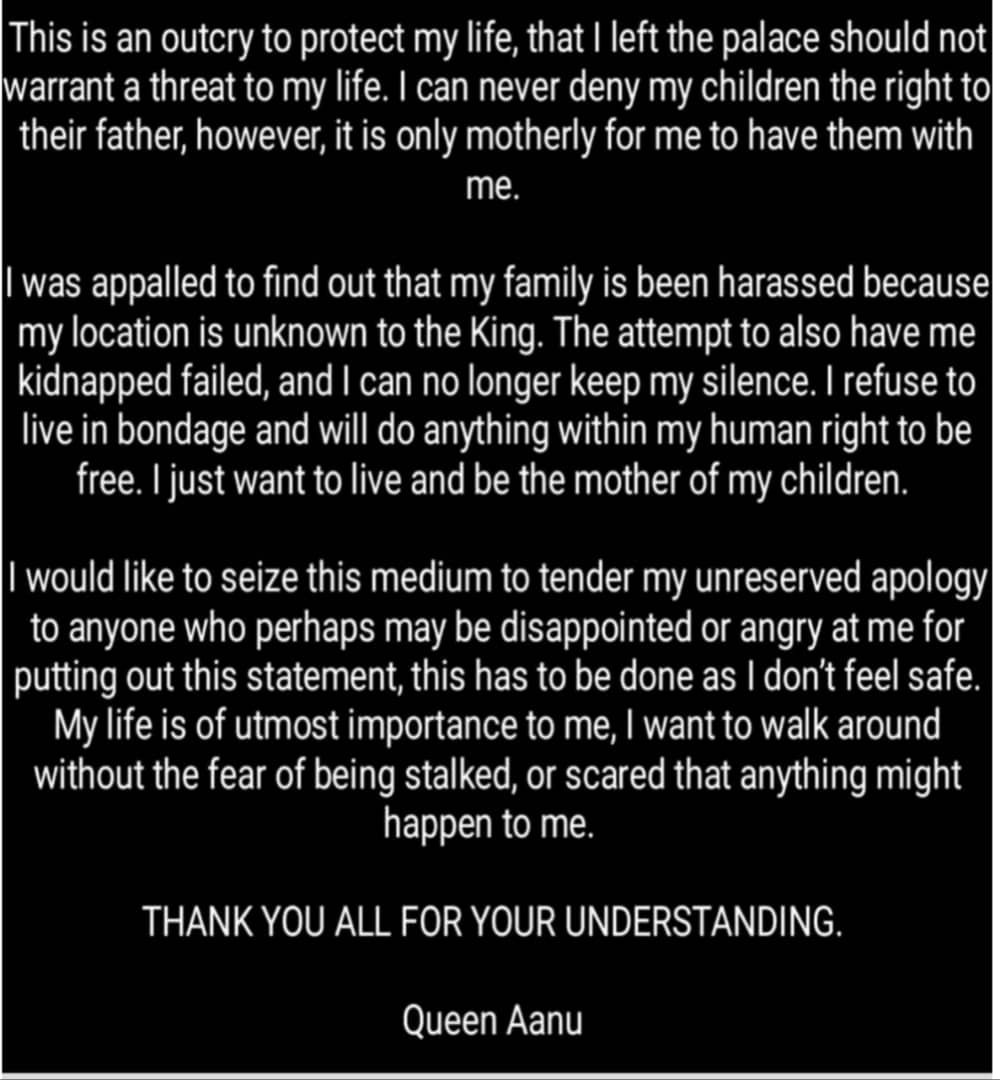 BBNaija’s Nina Finally Unveils The Face Of Her Son, Denzel

“Before Assurance Video, Our Relationship Was So Good….Things Have Changed” - Davido Reveals He Won’t Be Getting Married To Chioma Now