Fans have dragged Nollywood actress, Regina Daniels on social media after she said she doesn’t know how to play with babies.

The Nollywood actress and mother of one took to her Instastory to disclose her struggles when it comes to being a mother.

She revealed she loves children, but she does not know how to play with them.

“I love kids but believe me I don’t know how to play with babies……Will keep trying and learning or my boy,” she wrote. 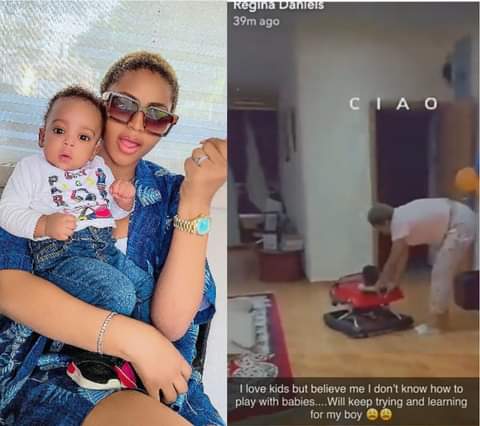 Some of her fans reacting to her statement were not happy with it as they blasted her for making such a statement after going into marriage at an early age.

Check out the screenshot below; 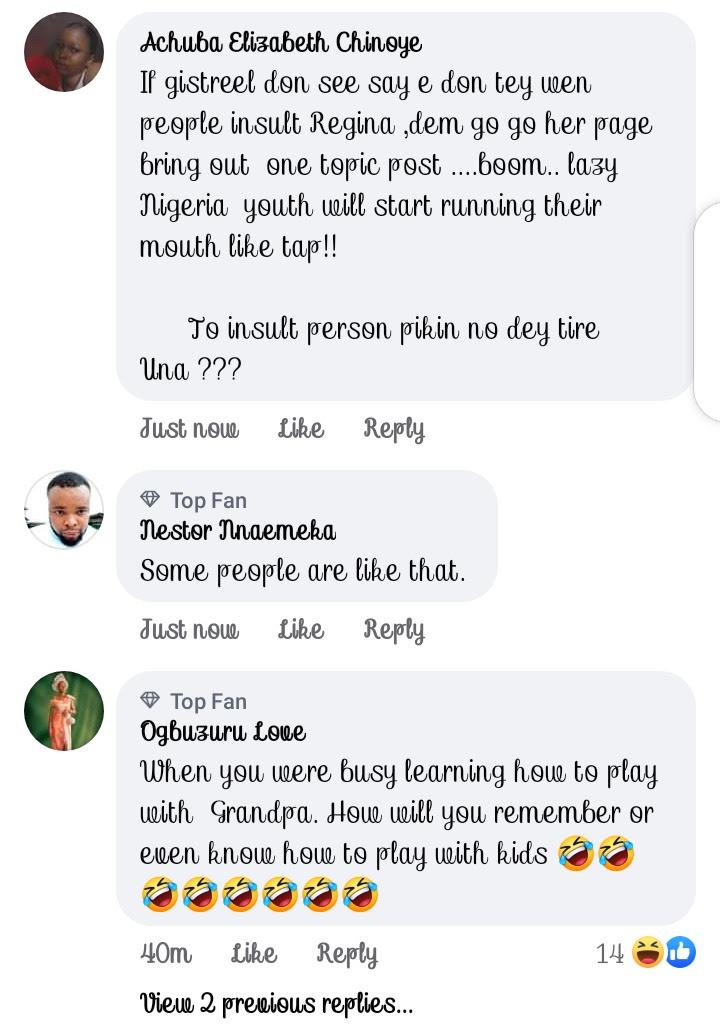 ‘If You Can Afford It, Go For It’ – BBNaija Nengi Encourages Women To Do Plastic Surgery

Kiddwaya Reveals Why He Is Not Yet Ready For Marriage