Nollywood actor, Samuel Ajibola also known as Spiff from the family drama ‘The Johnsons’, has revealed how he met his wife.

According to Samuel, his wife was his class captain in primary school and she would always write his name because he was a noisemaker in the class.

Speaking further, Samuel mentioned that his wife brought a wonderful man out of him.

“She was my class captain in primary school and always wrote my name as a noisemaker but today we’re happily married… She brought a wonderful man out of spiff”.

Recall that a few weeks ago in an interview with Saturday Beats, the love-struck actor, who described himself as a very lucky man, said their union was destined to happen at the right time.

“When he was asked the signs that made him certain that he had found his missing rib, the actor said, “Right from primary school, I knew that I was either going to settle down with an Igbo woman or a white lady. But I had an 80 per cent chance of settling down with an Igbo woman who is fair and comes from a Catholic family. Those were the traits of the girls I was usually attracted to. But for my spouse, she had some features that reminded me of my mum when she was younger and since I have so much resemblance to my dad, I knew it was going to be easy to settle down with her. I’m also in tune with my spiritual life, so I knew it was meant to be. I saw the signs and messages and I wasn’t going to take chances. When she met my parents, they were also of the opinion that she would be a great wife.” 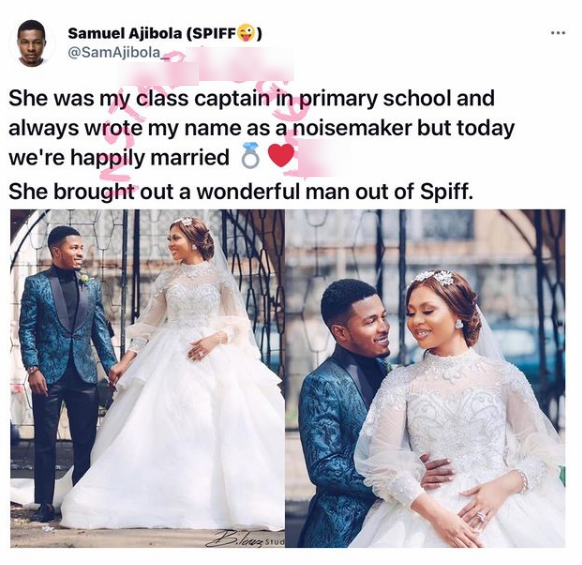 Davido’s Brother, Adewale Surprises Wife With A Range Rover For Her Birthday

“Donjazzy Cannot Sign Me, I Am Way Too Much” – BBNaija’s Ella Boasts