Seyitan has settled privately with popular Nigerian singer and music executive, D’Banj as she finally “pleads and withdraws” rape case against him.

Recall that several weeks ago, D’Banj was allover the news after a young Nigerian lady, Seyitan accused him of raping her so many years ago at Glee Hotel.

D’Banj Vindicated As Seyitan Withdraws Rape Case
According to invesigative journalist Kemi Olunloyo who has been insisting Seyitan’s allegations against D’Banj are false, the singer has been cleared after Seyitan “pleaded and withdrew her petition citing personal reasons”.

“I was RIGHT all along. It cost me a lot of time, money, my health and sometimes integrity but I ONLY investigate the truth.
#defendmediafreedom

Dbanj has been vindicated by @policeng of RAPING Seyitan. I will now detail findings of their investigation.

@PoliceNG cleared @iamdbanj 100% after fully carrying out an investigation and in parallel Ms Seyitan who pleaded and WITHDREW her petition. It is important to pay close attention to real rape accusations vs fake accusations so as to protect the innocent rape victims #kemitalks

I implore the Nigerian mainstream media to get more involved in investigative journalism especially RAPES. It is important to protect the innocently accused. #kemitalks”

See screenshots as obtained from Kemi Olunloyo’s page below; 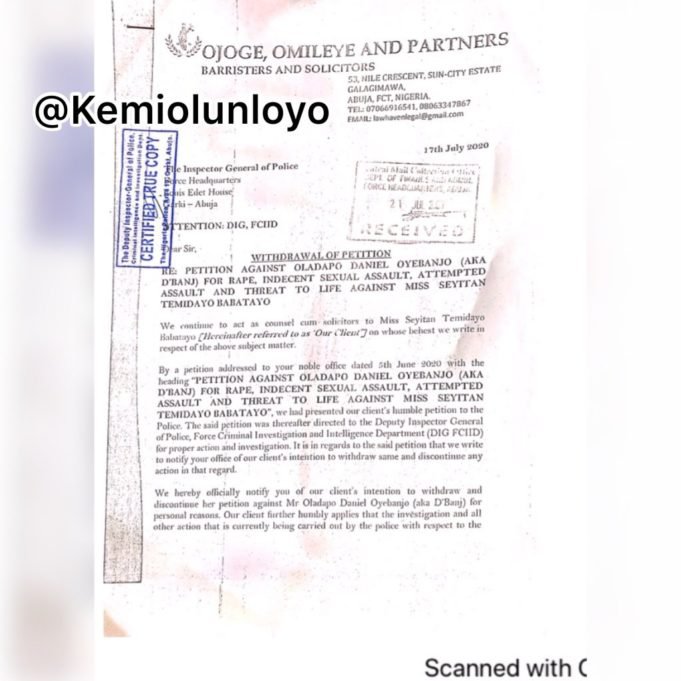 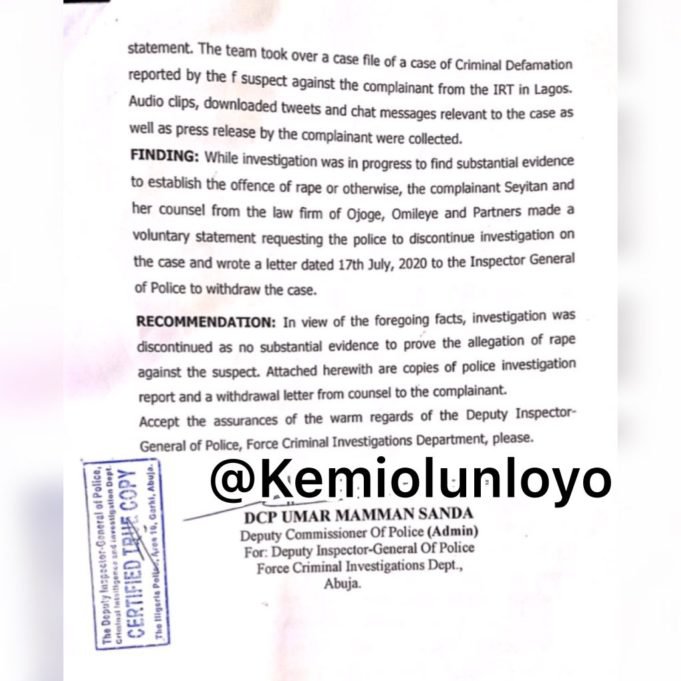 #BBNaija: Watch Ka3na And Wathoni Get Into The First House Fight (Video)

“If I Should Date Ebuka, I Wouldn’t Leave Him Or Allow Him Leave Me” – Cee-C