Tobi Bakre has shared a photo from his prewedding shoot as he is set to wed with his pretty girlfriend,  Anu Oladosu.

Tobi Bakre and Anu Oladosu are set to tie the knot this weekend and have blessed our screen with their pre-wedding photos as they prepare to be joined together as husband and wife this weekend and it’s going to be amazing.

His girlfriend Anu has been rumored to be pregnant and that actually influenced their plans of getting married this weekend and we the social media in-laws can’t wait for the weekend to celebrate with Tobi Bakre and Anu.

His friends and colleagues have congratulated him on taking such a bold step to join the group of men and not be called a boy again and that is something that most people get cold feet about but he is making it happen.

Captioning the photos, the 26-year-old wrote; 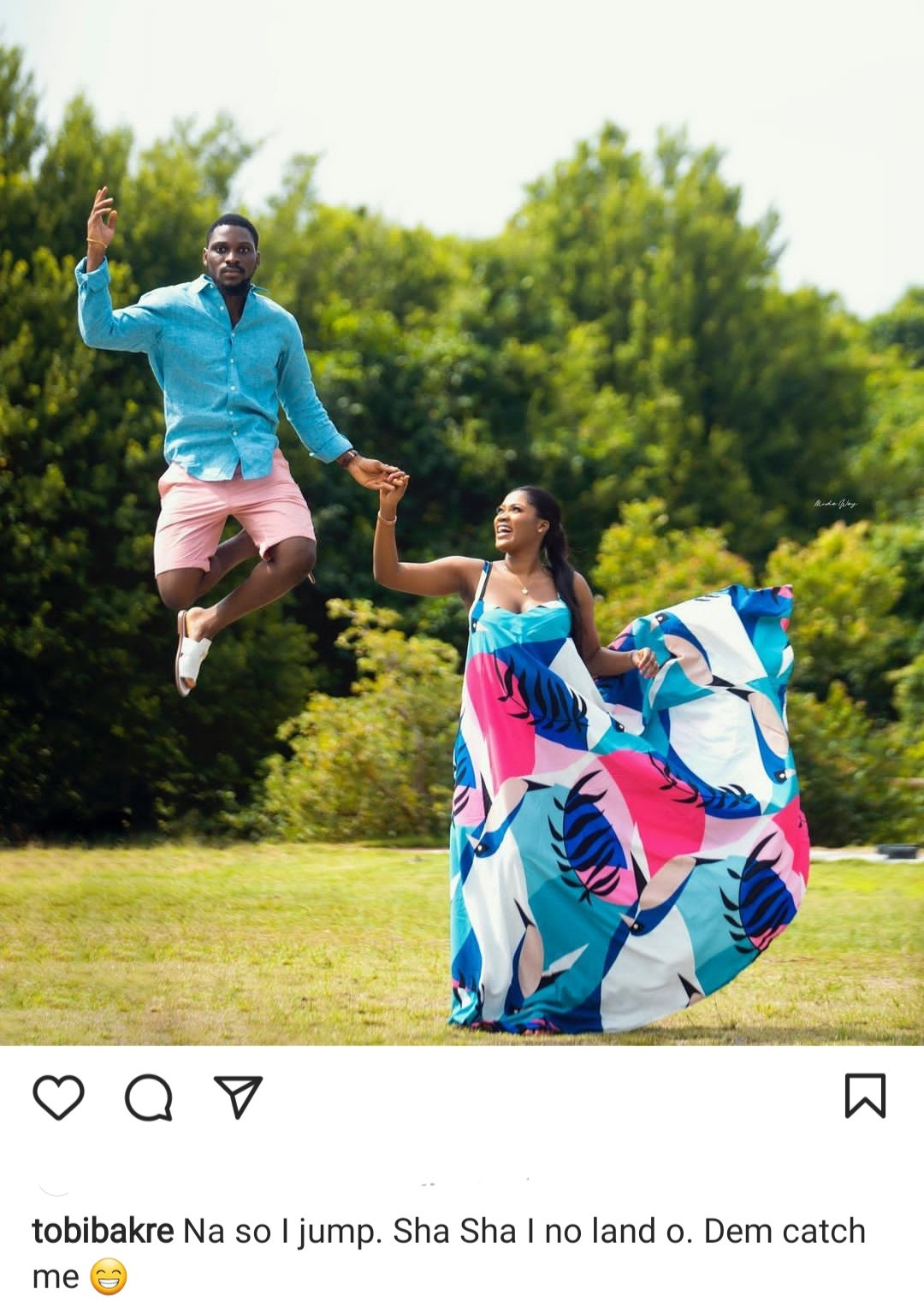 Friends and celebrities left congratulatory messages for the couple whose wedding preparations is said to be underway. 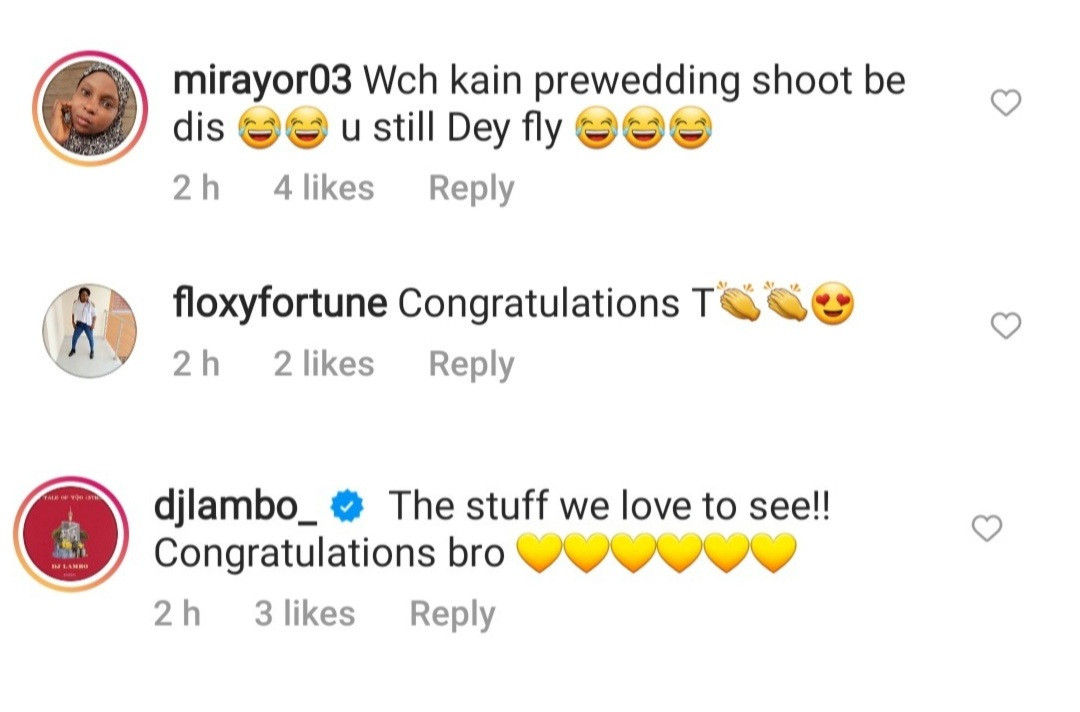 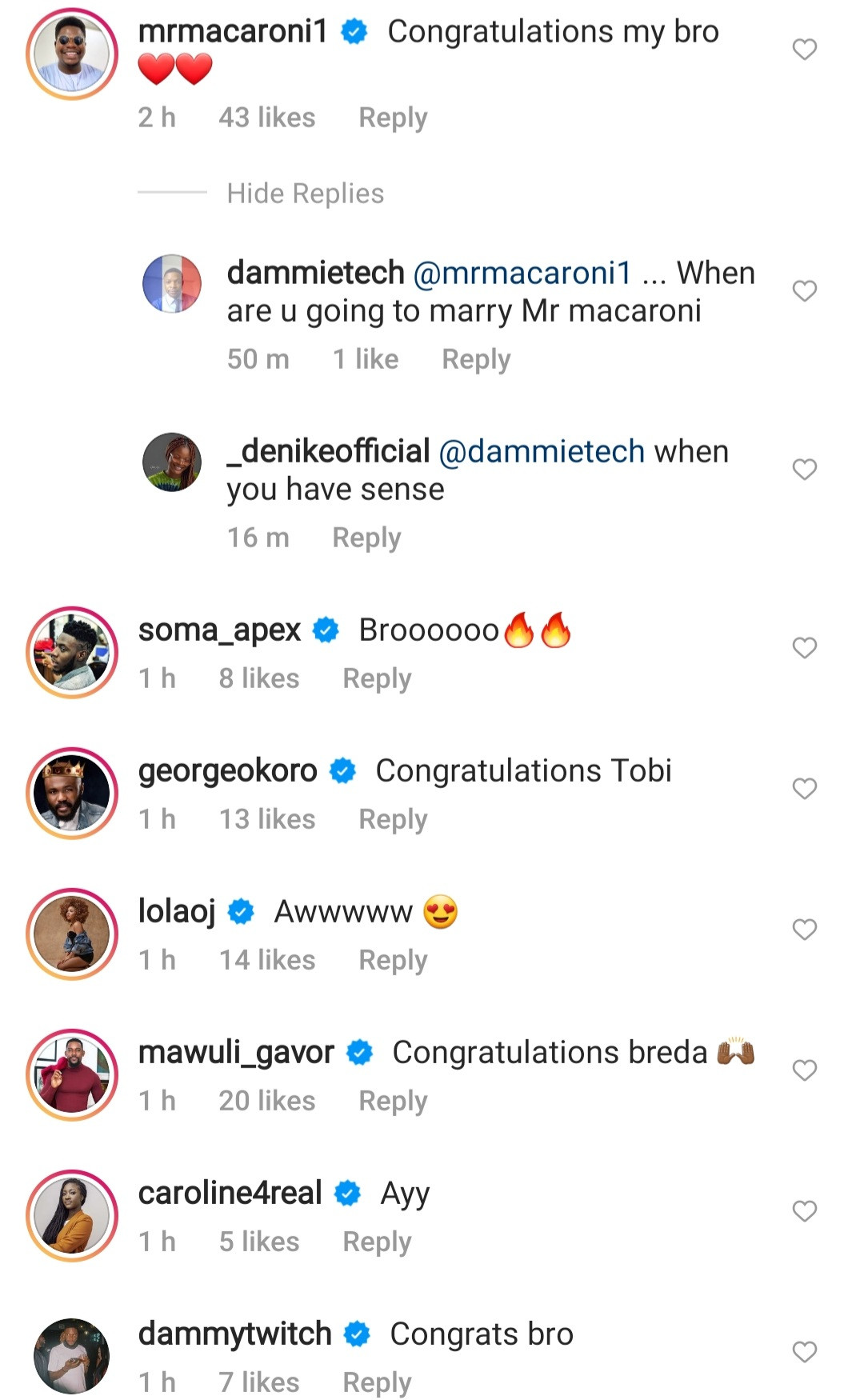 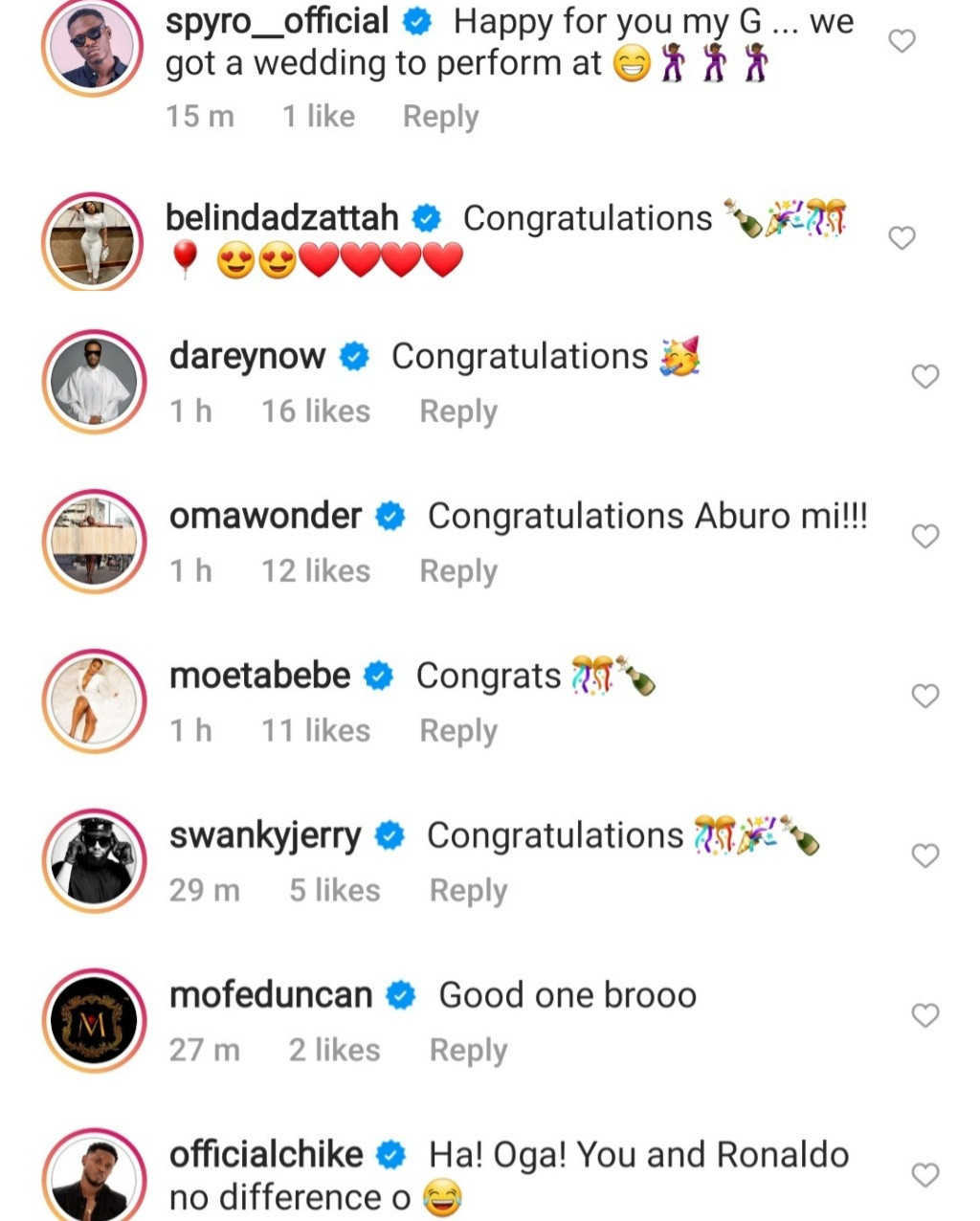 I Wouldn’t Want My Children To Follow My Footsteps – Wizkid

Tega Finally Breaks Silence, Days After Her Eviction From The House