We dated for barely 3 months and it was a living hell. She cheated!- Tonto Dikeh’s ex-boyfriend, Prince Kpokpogri speaks after breakup

Tonto Dikeh’s ex-boyfriend, Prince Kpokpogri has finally reacted to allegations of cheating on the actress while they were together.

Kpokpogiri dared those claiming that he paid money over the evidence that was dug up against him, to come forward or “remain silent forever”.

Insinuating that he is the victim of blackmail, the businessman also claimed there is a plot to pull down men and the “recent revelation reveals we all need to be wary of Helen of Troy as it is glaring who had an ulterior motive all along”.

Stating that people have been asking him to maintain his silence, Kpokpogiri who yesterday hailed Tonto Dikeh’s ex-husband Olakunle Churchill, said he will be “doing future “potential victims” a favor by speaking up as this has become a pattern for her”.

The businessman disclosed that they dated for 3 months, and also alleged that Tonto Dikeh cheated right from the start of their relationship, begged for a second chance, and threatened to kill herself if he didn’t forgive her.

See his posts below… 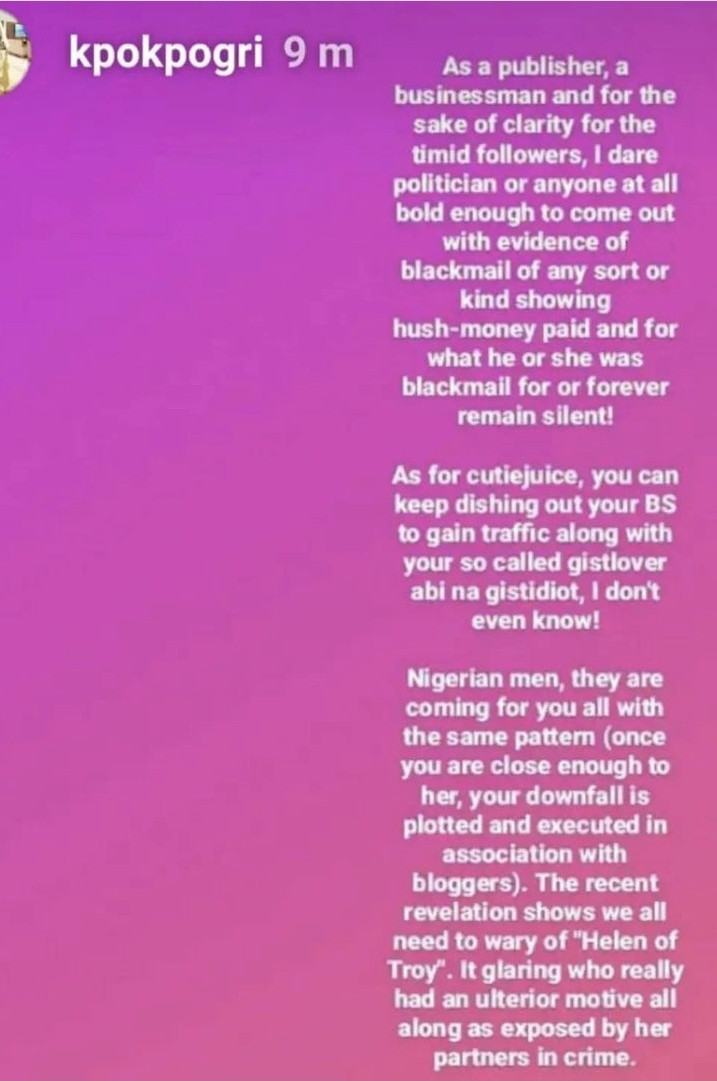 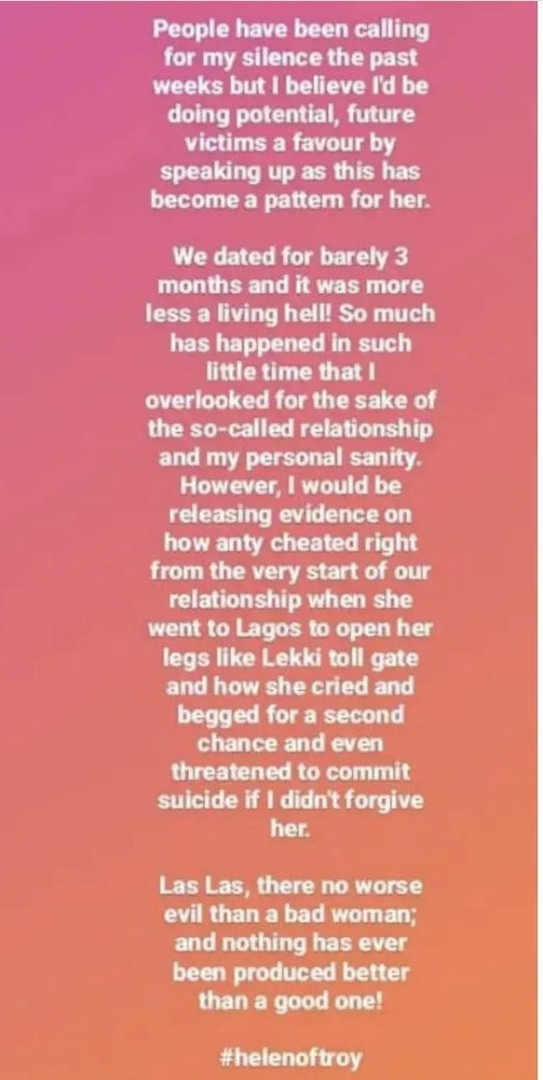 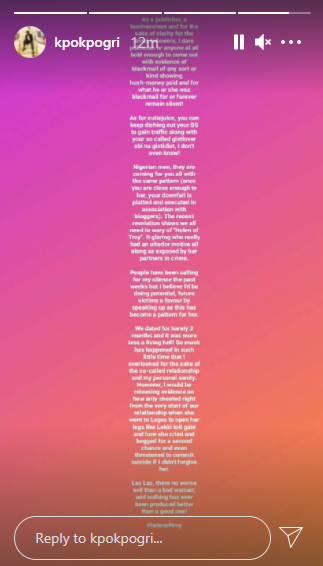