Nollywood star Zainab Balogun today took to her Instagram page to share one of the craziest things she’s done for love.

The actress in a post shared on her Insta story narrated how she once hacked the Facebook and Gmail account of her boyfriend to warn a lady who was flirting with him. Zainab revealed that she lied to the lady that her partner was gay so she could leave them alone. The actress revealed that his password was Manchester United and went on to ask fans to share with her the crazy things they have done for love over the years. 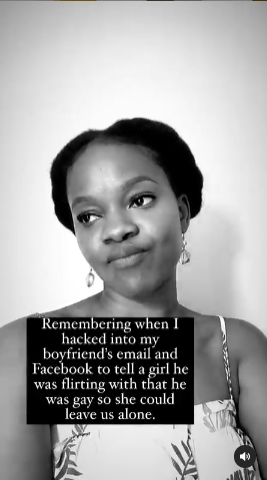 She added in the caption: “Gosh Young Zee lived life.”

Read Teddy A Birthday Message To Celebrate His Wife, BamBam

“If I Should Date Ebuka, I Wouldn’t Leave Him Or Allow Him Leave Me” – Cee-C

#BBNaija: Nengi Reveals Why She Withdrew From Prince [Video]